Photos: No. 13 Iowa football vs. No 2 Michigan for the Big Ten Championship 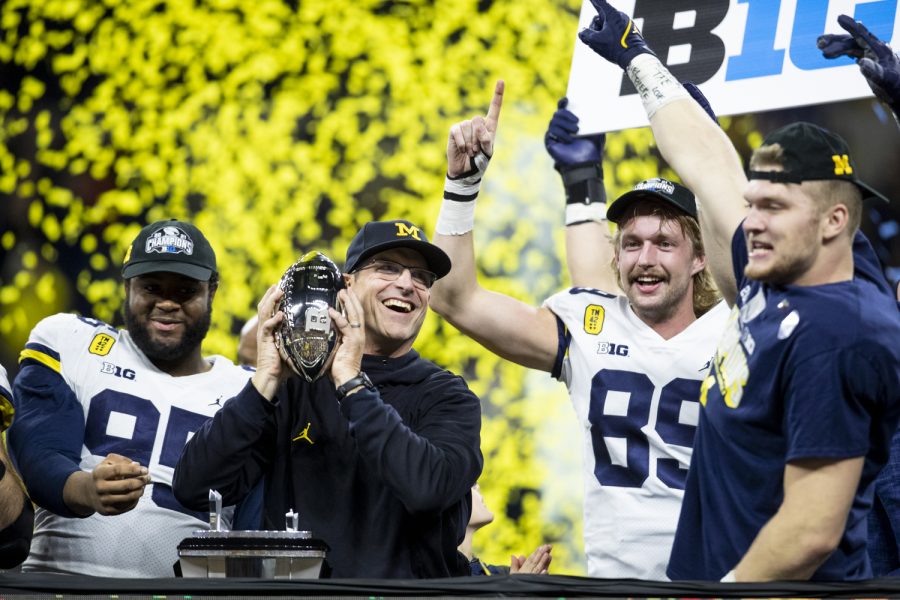 Iowa quarterback Spencer Petras threw nine completions on 22 attempts. Petras was replaced by Alex Padilla in the second half because of an injury. Padilla threw ten completions on 15 attempts. Iowa kicker Caleb Shudak was 1-for-2 in field goals.