House of Gucci toes the line of greatness, but falls short

House of Gucci had all the pieces to be a great drama that unveiled the power and exploitive past of Gucci, yet with its too-long run time and poor pacing, that excellence was not achieved. 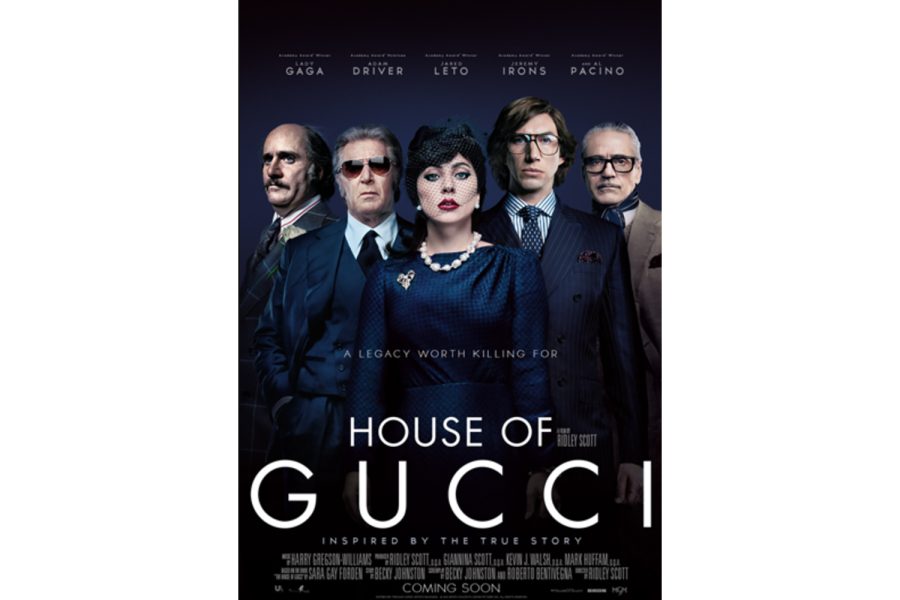 The wealth, the sophistication, the dark undertones — House of Gucci encapsulates all of this and more in its thrilling tale, detailing the life of the Gucci family. With incredible performances by Lady Gaga as Patrizia Reggiani and Adam Driver as Maurizio Gucci, the audience is taken through the transformation of the Gucci corporation and the relationship between the two lead characters.

There was no point throughout the movie where I felt confident enough to anticipate what would happen next. The revelations and betrayals were logical, but not predictable, making for well-executed tension.

Despite the enthralling drama, the movie was long. Sure, some films can benefit from a two-and-a-half-hour screen time, but House of Gucci does not. Much of the content felt like fluff, with plot lines and stories built up for an unsatisfying conclusion. Had the pacing been better, maybe the marital drama between Maurizio Gucci and Patrizia Reggiani would have captured my attention, but I was too focused on the unclear passage of time and lost in deciphering what parts of the convoluted plot mattered.

There were certainly strong elements of the storyline. The angle of industry monopolization and capital greed were explored in an interesting way, and the reflective dynamic between the Gucci family and the Gucci company was done fairly well. Yet, the strength of the story does not overshadow the mistakes.

Still, what House of Gucci lacks in pacing it nearly makes up for in its ambiance. The film takes on a brown and muted palette that screams wealth and corruption, overlayed by a cigarette smoke screen and characters willing to do anything for success. The essence of luxury is captured, along with the tension of growing industry monopolizations.

By far the strongest part of this film is the development of the two main characters, which directly reflects the direction of Gucci as a company. What starts as a comedic and wholesome relationship transforms into a battle for authority, similar to the decline of Gucci’s familial ties as secrets surface and trust is broken. Gaga and Driver carried this transformation with ease as their characters aged and developed with their surrounding environment.

The backstabbing drama is what kept me entertained, while other side plots clouded that initial pull. Twists, turns and betrayals give this work-life, and had the transition from hope to capitalist exploitation been condensed into a shorter piece, House of Gucci could have been a masterpiece.