After a six year hiatus, Adele is back with her new album "30." The album ranges from power ballads to haunting lullabies, and explores her divorce. 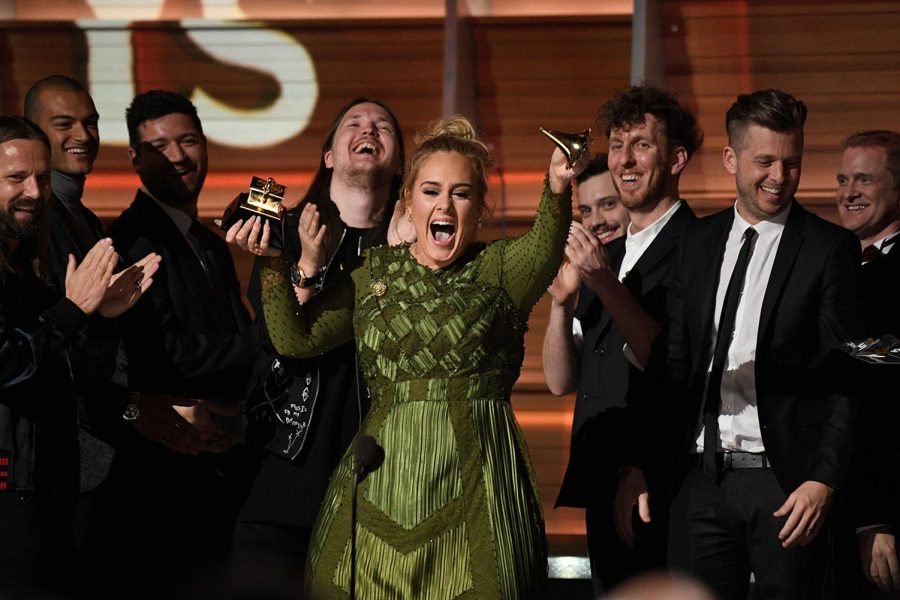 Nov. 19 was a globally important day for Adele fans, who have been waiting over six years for her to drop her album, 30. Despite many claims made by the artist over the last six years that she would release her album sooner, she has finally done it — and it was worth the wait.

“Strangers By Nature” opened the album with a bang. The lyrics are designed to be loosely interpreted, yet loose lyrics are often taken as a puzzle to decipher, and this has led to two dominating interpretations of this song among experts.

The second interpretation is that, as with many songs on this track, it is discussing her divorce. The concept behind this interpretation is that it is due to Adele and her lovers ‘natures’ they were doomed from the outset; that their natures will always make them strangers to one another.

“Easy On Me” is a soulful power ballad, detailing the complications of her collapsing marriage. The sound is classic Adele, as well as the best vocal showcase on 30. Although her voice is almost distracting in its intensity and beauty, the lyrics should not be neglected.

The bridge is a borderline haunting beg for Adele to be judged kindly despite her mistakes. This song rings similar to her most successful songs, leaving me to wonder what its billboard ranking will be.

“My Little Love” is absolutely heartwrenching. This song is a conversation between a mother and son, or her “little love.”

The mother is immediately introduced as a flawed character having increasingly difficult confrontations with her young child throughout the song. The mother will confess something to the listener, and shortly after, reveal it to her son, who replies with childlike wit that leaves the listener with a wry smile.

The song explores the idea of how to communicate difficult and unpleasant information to your child, while simultaneously hoping that maybe, possibly, the child will find a simple solution to a complicated problem.

“I Drink Wine” captures an unfiltered moment of self-reflection by Adele. Each line is raw and genuine, as Adele spills out her most vulnerable thoughts and feelings. It’s a brutally honest confession that will leave the listener feeling as though they just had a two-hour deep conversation with Adele, exploring the saddest corners of her psyche.

“I Drink Wine” is filled with heart-wrenching verses such as, “When I was a child, every single thing could blow my mind. Soaking it all up for fun, but now I only soak up wine.” It deals with the passage of time, personal growth, and coping with the person you’ve become. It is easily the saddest, wisest, and most vulnerable song on the album.

“To Be Loved” explores the role of love in our lives and the lengths people go to achieve it. She goes back and forth over the course of the song, discussing if it is worth it or not to lose herself in order to be loved.

This battle between self-love and external love ranges throughout the song and produces a level of intensity that few other artists can curate so well. The lyric, “To be loved and love at the highest count, means to lose all the things I can’t live without,” encapsulates this. This song is a question to herself and the listener: what is the price of love, and when is it too high?

30 introduces the listener to a new era of Adele. The album, which centers around domestic issues such as divorce and parenthood, is the natural progression of the Adele we have all known and loved. Her voice and her lyrics have grown, with a sadder, deeper, ring.

I didn’t think it was possible, but this may be the saddest Adele album yet. Vulnerable, deep, and wise, Adele once again writes her lyrics like poetry and professes them with the hauntingly powerful voice that first brought her to the top.