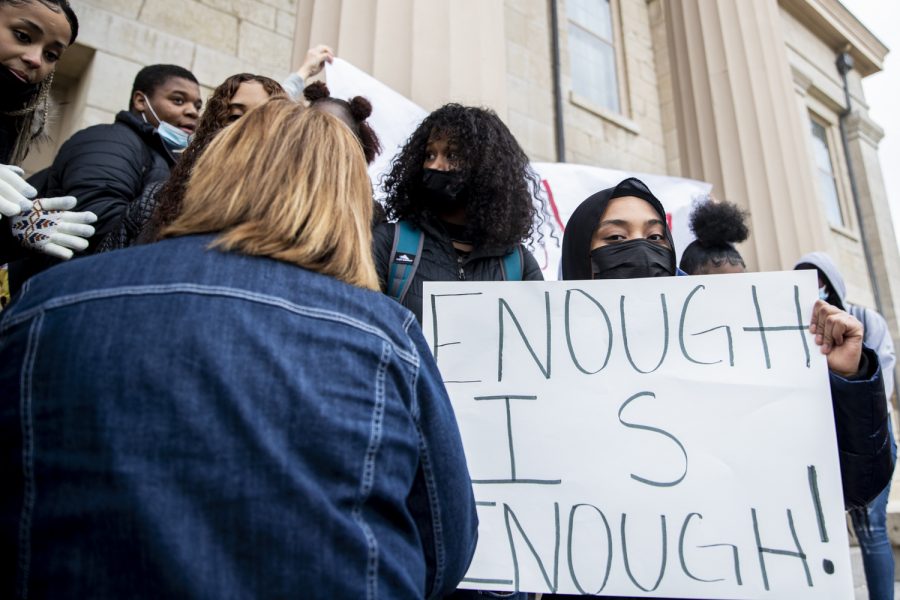 Mayasa Hamid holds a sign that reads “Enough is Enough” in front of an Old Capitol Museum employee asking students to move during a protest against racial discrimination throughout the Iowa City Public School District in Iowa City on Friday, Nov. 19, 2021. The employee wanted the students to move because they were blocking access. “That is completely understandable, however, her attitude was very uncomfortable,” Hamid said. “This is a peaceful protest and we don’t want to do block anyone from doing anything. We’re just here to remind you Black Lives Matter.”

Students from the Iowa City Community School District gathered at the Pentacrest on Friday, Nov. 19.

Students protested racial discrimination within the district. Around 100 people showed up to support.