Opinion | We aren’t alone in our mental health struggles

A Daily Iowan news reporter writes about their journey with mental health struggles. 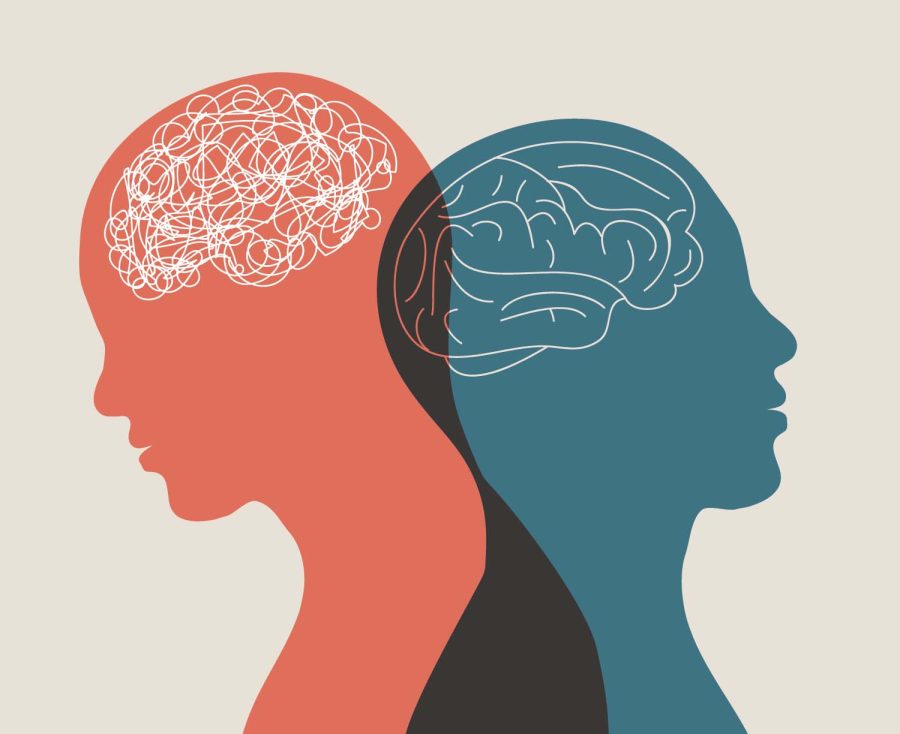 Mental health is something I’ve struggled with my entire life. I grew up a chubby, closeted bisexual, unsure of myself and afraid to share some parts of my identity.

It wasn’t until eighth grade that I recognized that my thoughts, feelings, and experiences meant something deeper than teenage angst.

After a rough night, I cried to my mom about my fears of having anxiety and depression. A few weeks later, I attended my first counseling appointment with a therapist and began the long journey of finding myself.

While I always had a feeling that I had a mental illness, I waited until high school for the confirmation. My first therapist, Emily, shared that I had symptoms related to Generalized Anxiety Disorder and severe depression. At the time, I had little knowledge of what that meant or how it would change my life.

I wasn’t alone in this struggle, however. According to the National Alliance on Mental Illness, one in six U.S. youth aged six to 17 experience a mental health disorder each year. Additionally, suicide is the second-leading cause of death among people aged 10 to 34.

Throughout high school I saw Emily, and she helped me through many problems. While she walked me through traumatic events in my life, she mainly helped me build the confidence to live each day.

Body image affected me a lot throughout middle school and high school. I worried about watching my weight, controlling what I ate, and exercising often.

According to Park Nicollet Melrose Center, 53 percent of 13-year-old American girls are unhappy with their bodies, and this number grows to 78 percent by the time they reach 17. Around 30 percent of 10 to 14-year-olds are actively dieting, and adolescent girls who diet frequently are 12 times as likely to binge eat as girls who don’t.

Throughout my journey with Emily, I formed life-long friendships, found value within myself, and felt confident in my future.

When I first started therapy, I was a young teenager struggling with body image issues, self-harm, and suicidal ideation. Therapy opened a door for me that I didn’t know existed, and I wouldn’t be the same without it.

While I was fortunate to have a mom who believed me when I said I needed help, it was a struggle to explain my mental health to other people in my family who viewed it as something that I could just overcome.

After I graduated high school, I felt ready for college. At my last session with Emily, she told me I was in a good spot and ready to face the new adventure ahead.

Since I felt so certain of myself, I went into college thinking I wouldn’t need a therapist. I quickly learned this wasn’t the case after struggling for months on my own.

During my sophomore year of college, I continued to struggle but found some help at University Counseling Services. I attended a couple of sessions when I was really struggling and felt it was enough for me.

Junior year of college was a turning point for me in my mental health journey, one that I never saw myself taking after my first therapy session at 13.

While I struggled my first semester of junior year because of the COVID-19 pandemic, it wasn’t until my second semester that I had reached a breaking point.

After letting my anxiety and depression build for several months surrounding various issues in my life including sexuality, religion, academics, and body image, I found myself having the worst panic attack of my life in March 2021.

After spiraling for the entire night while with my friends and sister, I made a phone call to my mom the next morning.

I told my mom I needed her to come to Iowa City immediately and that I wasn’t safe. I also called my boss and the suicide hotline, because I was afraid of what I would do if I was alone.

My mom made the two-hour drive from West Des Moines to pick me up. On the way back to my house, I continued to panic and thought I might die. It was the scariest thing I’ve ever experienced.

I struggled for weeks at home before my parents took me to a psychiatric unit in Des Moines. The hospital didn’t have enough bed space, so I ended up going home. More weeks passed as I struggled with the inability to sleep through the night or go a single day without a panic attack.

In July, my mental health had deteriorated so much that my parents decided to drive me to the University of Iowa Hospitals and Clinics to get help. There, I spent a week in the medical psych unit while physicians attempted to figure out what was going on with my brain.

After that, I was transferred to the psych unit of the hospital, where I spent a week struggling with my mental health. While there, I learned that I had Post Traumatic Stress Disorder and Obsessive-Compulsive Disorder — two mental illnesses of which I had minimal knowledge.

While it was the most difficult time of my life, I leaned on people to help me through it. Without this support, I wouldn’t be where I am today.

When I went to the psych unit in Iowa City, I lost friendships, including one with my best friend at the time. She decided that my struggles were too much for her to handle, even though I was at the lowest point of my life.

I learned a valuable but painful lesson: The people who care about me will stick by me even when it’s hard. Even though I lost this friendship, I gained my confidence back, built stronger relationships with my friends and family, and finally got the help I needed.

Mental health is something that will always play a role in my life. I’m grateful for the people who continue to check on me and make sure I’m doing OK.

If you’re struggling, I can only hope that the people in your life will be there for you. But if you’re like me and ever feel alone in your struggle, just know that I’m right there with you, cheering you on.