University of Iowa law professor and state Rep. Christina Bohannan is running as a Democrat in Iowa’s 1st Congressional District. 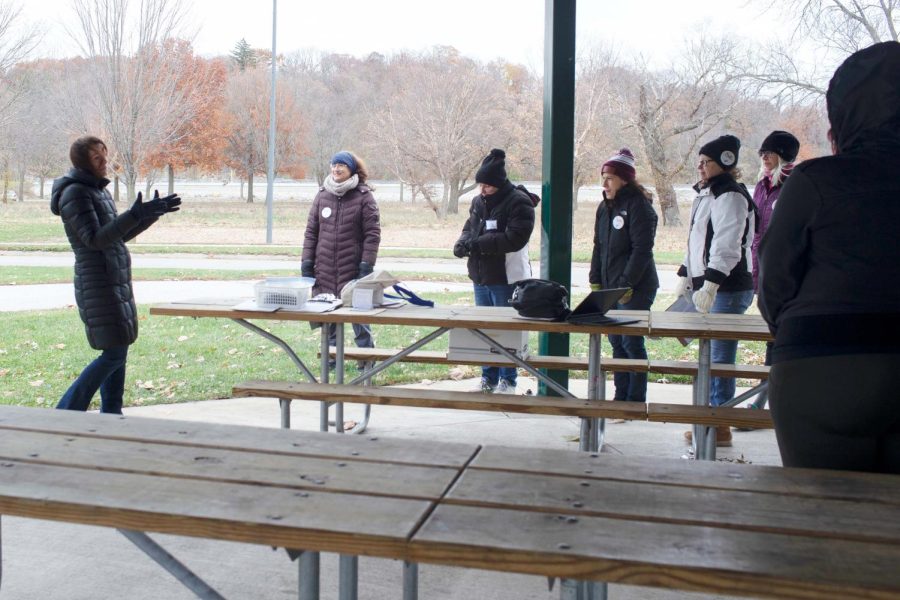 Candidate for the U.S. Congress and state Rep. Christina Bohannan, D-Iowa City, addresses supporters on Nov. 14, ahead of door knocking.

About a dozen supporters gathered at a shelter in City Park on Sunday for state Rep. Christina Bohannan’s, D-Iowa City, first field organizing event of her congressional campaign. The group gathered to hear from Bohannan before going door knocking to get signatures for Bohannan to be on the ballot.

Standing outside in 35 degree weather, Bohannan said the 2022 elections will come down to a handful of swing districts and called the midterms a window of opportunity.

Democrats currently hold a slim majority in the House and are split in the Senate 50-50 with Republicans, and a recent poll shows President Joe Biden’s approval rating at 38 percent.

Bohannan is running as a Democrat against current U.S. Rep. Mariannette Miller-Meeks, R-Iowa. In 2020, Miller-Meeks won in the Southeast district by six votes over Democrat Rita Hart. The newly drawn 1st Congressional District has 23,000 more registered Democrats than Republicans.

Bohannan told The Daily Iowan she is excited about those numbers, but that she hopes to form a broad coalition of people.

Bohannan’s campaign manager Sarah Prineas said the Democratic Party in Iowa had a reckoning after the last election, in which Republicans won three out of four U.S. House seats and Sen. Joni Ernst won reelection.

“We lost a lot of ground, and I think there’s been a lot of work in the party, both at the county level and at the state level, to say what did we do wrong and what can we do right?” Prineas said.

Because of the congressional campaign, Bohannan will not seek reelection in 2022 for her state House seat. Sen. Joe Bolkcom, D-Iowa City, and Rep. Mary Mascher, D-Iowa City, both announced they are retiring, leaving several open legislative seats in Johnson County in 2022.

Bohannan said Iowa City has been fortunate to have Mascher and Bolkcom as representatives, but there always comes a time when public servants are ready to transition into retirement.

“So this is a really exciting time, an opportunity for new people to come on and to serve the community,” Bohannan said. “And I think that I think we’re going to see some really great candidates come out of it.”