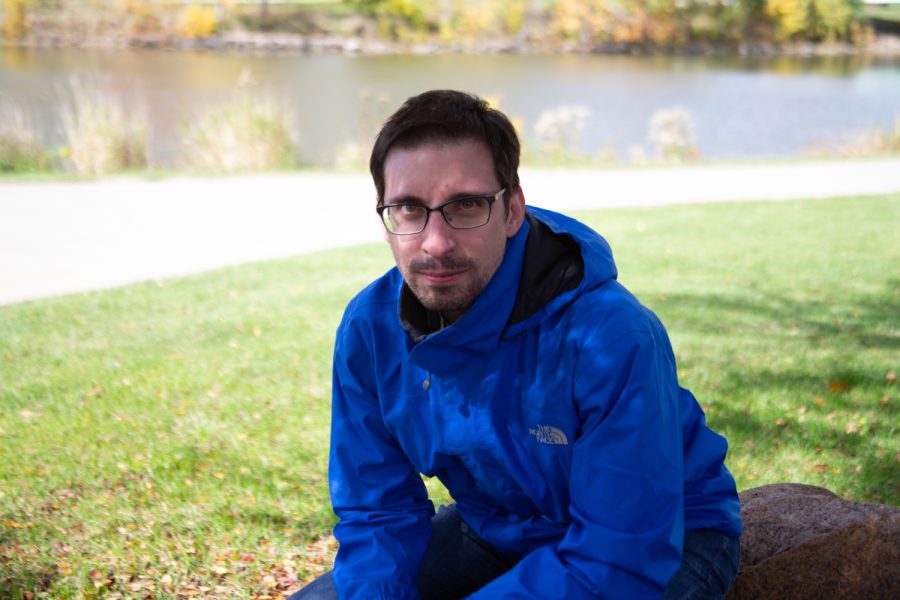 Flood attenuation and climate change researcher Federico Antolini, currently pursuing his PhD in geoinformatics, poses for a portrait near the Iowa River on Monday Nov. 1, 2021.

Traditional flood mitigation techniques, like dams, are not effective against the increased flooding that climate change will bring, University of Iowa research has found.

A study by UI graduate student Federico Antolini outlined that flood attenuation could be the most beneficial to control future flooding, depending on where the attenuation features are placed.

According to the National Agroforestry Center, flood attenuation is an area of the floodplain that is sometimes allowed to flood from a river or a stream — one example of which is ponds.

Antolini proposed that implementing ponds in strategic and different areas of the stream or river will slow the pace of the rain runoff making it downstream.

“The problem is that the water arrives all too quickly to the stream and creates the flood,” Antolini said.

“The data supported the notion that the frequency of floods have been increasing over the past several decades,” Villarini said.

Antolini said as a result of the increasing amounts of flooding, dams are failing to control the water as they were designed to.

“We know that large reservoirs like the Coralville dam work —  it failed in 2008, but generally they work,” Antolini said. “However, the climate is changing and they most likely won’t work in the future.”

“There are all sorts of problems with big dams and we’re seeing a movement, especially around the U.S., to bring dams down because of the ecological damage that they cause, and they have limited lifespans,” Tate said.

Tate said smaller reservoirs scattered across the flood plain would store a little bit of water, as opposed to a massive amount of water in a single place. This could decrease the amount of large flooding seen more frequently in the last several decades, he said.

“I think these small distribution methods are going to be more important than ever,” Tate said.

Antolini said ponds and dams work in the same way as traffic jams.

“Like traffic, you have a jam when people leave all at the same time,” Antolini said. “If you had people leave at five, six, and seven, there is still traffic, but you won’t be jammed.”

Ponds allow native vegetation and species to grow in a healthy and safe environment. The vegetation around ponds also helps clean the water that runs through it, he said.

Dams require a lot of maintenance, he said, whereas ponds only have an upfront cost in installing them but require very little maintenance once established.

Antolini said floods aren’t inherently bad because they benefit the stream’s health in a lot of ways.  Flooding becomes bad when the water affects people and infiltrates the built environment, he said.