Rep. Christina Bohannan announced in a press release on Tuesday that Rita Hart has endorsed her for Congress. Hart lost in Iowa’s southeastern district by 6 votes in the 2020 election, but with the newly drawn map, she believes Bohannan has the chance to grab the empty IA-01 seat. 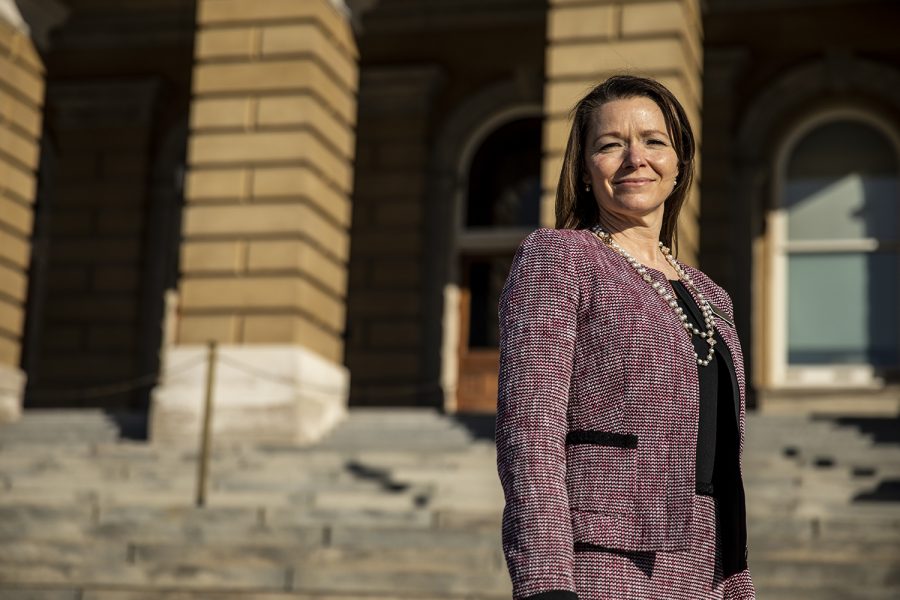 Rep. Christina Bohannan poses for a portrait outside the Iowa State Capitol on Tuesday, Jan. 12, 2021 in Des Moines. Bohannan represents the 85th district in Johnson county.

In a press release sent from the Bohannan campaign, Hart said that she will do everything she can to ensure Bohannan is elected to serve Iowans in D.C.

“Christina Bohannan is a brilliant public servant whose Iowa common-sense is desperately needed in Washington,” Hart said in the press release.

Bohannan said she appreciates Hart’s support as she is inspired by her fight for Iowa’s values.

RELATED: Midterm campaigns ramping up one year out

This endorsement comes after the new 2021 Congressional Districts in Iowa have left the newly drawn IA-01 without any current Republican candidates. Rep. Mariannette Miller-Meeks, R-Iowa, is currently the representative for Iowa’s southeastern district, but the new maps put her in the 3rd Congressional District with Rep. Cindy Axne.

Bohannan’s press release said that based on this new map, Hart is confident that Bohannan can snag the seat and give the state another Democrat in congress.

According to the Iowa Secretary of State, Paul Pate, IA-01 now has about 23,000 more registered Democrats than registered Republicans. The number of no-party voters is more than both parties.

With the addition of Hart, Bohannan has been formally endorsed now by former U.S. Rep. Dave Loebsack and Axne.

“She is running for Congress because she believes we need less bickering in Washington, and more working together — for a government that works for the people,” Bohannan’s press release said.