Iowa City's mayor will continue to represent the city on the council, and he'll be joined by newcomers Megan Alter and Shawn Harmsen. 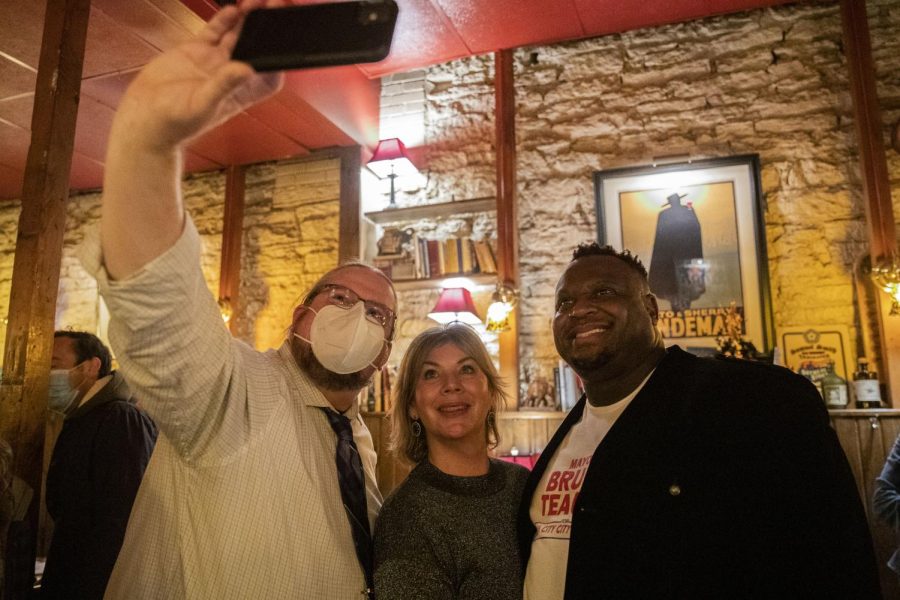 “Iowa City has shown me their appreciation for my service for the past 2 years since 2018 and I think this is a clear indication that I’m supported by this community,” Teague said.

Teague and Alter won at-large seats on the council, and Harmsen ran unopposed to represent District B, which is currently represented by outgoing councilor Susan Mims.

“I feel amazing,” Alter said in an interview with The Daily Iowan. “I have thought about this for two years. I very much remember this night two years ago, and I swore that wasn’t going to be the case again because I really, really care about Iowa City.”

Alter, 51, is a manager at ACT. This was her second time running for a position on the council. She she previously lost in 2019 to Janice Weiner and Laura Bergus.

Alter is hoping to focus on development of the South neighborhood in Iowa City, police reform, and affordable housing.

Alter has been living in the Iowa City Community for 25 years after moving from New York. She is a resident of the South District and attended the University of Iowa. She will be taking the seat of Mayor Pro Tem Mazahir Salih, who did not run for reelection.

Alter was informed of the victory by Harmsen as the two hosted an election watch party at Sanctuary Pub. Alter was emotional upon hearing the results.

“Where I think I can make the most difference is at a policy level,” Alter said. “Where does that happen? It happens at City Council.”

Teague was first elected to the council in a special election in 2018 and was elected by the council as mayor in 2020. At the start of next year, the council will hold a vote to either keep Teague as mayor or select a new mayor.

“ I really want to make sure we get some things done with systemic racism, I also want to see a very strong re-zoning code really penetrate Iowa City, not just the South District,” Teague said.

Teague said he is looking forward to working with Alter on the council.

“Megan has really shown our community what service she can provide. She has been out there doing the work,” Teague said. “I think it is very important to be out there and doing the work. The people of Iowa City has seen that and they have gone out and voted for her to be the next servant here on the council.”

All three winners ran on the platform of bringing affordable housing to Iowa City. Alter said she decided to run a second time because of the racial injustice she saw two summers ago. She said that the COVID-19 pandemic created social problems in a previous interview with the DI.

Teague sought reelection to continue the work he had started during his first term, he said previously. His campaign focused on climate action and advancing the Black Lives Matter movement. Many supporters of his echoed his campaign message of continuing the work he started in his first term.

Teague’s sister, Donna James, said on Tuesday night at Teague’s election watch party that he always had a passion for helping people, even when he was young.

“He is very passionate about everything he does, and he cares for our people,” James said.

Joining Teague and Alter on the council is new District B city councilor Shawn Harmsen, who ran unopposed.

“I’m super happy for my friends Megan and Bruce,” Harmsen said. “They deserve a lot of credit for doing that people power, getting out, raising money from individual donors, and pounding the pavement and the shoe-leather campaigning, knocking doors, thousands of doors for the last couple of months.”

Harmsen is excited to work alongside both of the new at-large councilors, he said. He ran on the platform of making Iowa City more equitable.

“Iowa City is a really cool place where people power matters more than a pocket book,” he added.

Previously, Harmsen served as campaign manager for Royceann Porter, who won the race for Johnson County Supervisor, and for Mazahir Salih, who successfully ran for Iowa City Council in 2017.

He now works as a journalism professor at Coe College and as has a wife and two children who attend Iowa City public schools.

Glass was the only candidate to not win a seat on the council. In an interview with the DI, Glass said he was celebrating the 2,000 voters who believed in him and his campaign.

“My thoughts haven’t changed,” Glass said. “… I’m proud of the campaign I ran, I was very issue-focused. But the results are what they are. And I respect the will of voters.”

He said he plans to remain on the Iowa City Human Rights Commission, but did not mention if he will run again or not.