When reporting on traumatic events, journalists need to do certain things to protect the mental health of their sources. 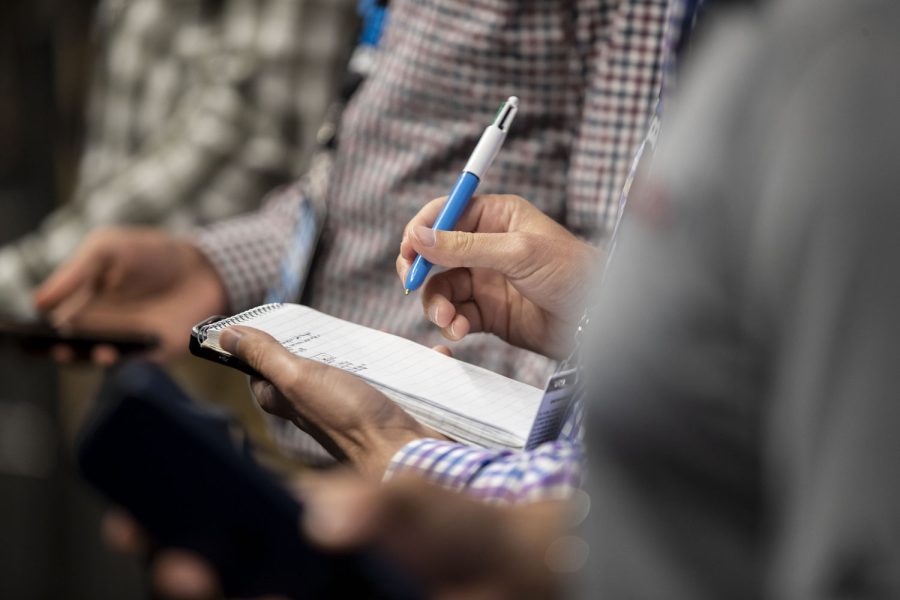 Reporting on difficult topics isn’t anything uncommon for journalists. We report on it all — including sexual assault, murder, and death. In order to protect the sources who have gone through traumatic experiences, journalists need to consider the mental health of the source and have empathy. This is a message reflected in a recent community chat The Daily Iowan held on reporting about trauma.

One of the panelists at the community chat, DI alum and lifestyle reporter for the Quad City Times Brooklyn Draisey, shared how she went about writing her story about the one-year anniversary of the death of Mollie Tibbetts.

Draisey said when she reached out Tibbetts’ mother, Laura Calderwood, she first introduced herself and everyone who was working on the story. Then, the two met at a coffee shop and got to know each other before Draisey asked any questions.

Draisey saved the hardest questions, such as how Calderwood felt when Tibbetts’ body was discovered, until the end.

Draisey said Calderwood was willing to talk to her and even showed her pictures of Mollie she had at home. Draisey’s thoughtfulness and compassion towards her source helped Calderwood open up during the interview but more importantly, it did not further traumatize a mother who had already lost her daughter.

In a world full of sports and politics, survivors of trauma are often overlooked in media portrayal.

Draisey  also interviewed Gerald Bell, whose son died on-campus, the day of his son’s funeral. Draisely said she would have respected Bell’s decision to not be interviewed or respond to questions through email.

Finally, Meenakshi Gigi Durham, professor at the UI School of Journalism and Mass Communication, was another panelist at the chat. Durham said she often thanks sources for their bravery after interviewing survivors of sexual assault for her books about gender violence.

Durham said a lot of times, specifics about sexual assault are not needed in a story because including these details can traumatize survivors.

As journalists, we are taught to be professional with our sources. We are taught to keep following up with sources and to avoid doing email interviews. We are taught to meet deadlines to the best of our abilities. However, we must also show the kindness Draisey and Durham showed to their sources while reporting on sensitive or traumatic topics.

There’s no greater accomplishment a journalist can achieve than that of being a light in someone’s dark story.