Iowa football team drops to No. 19 in Associated Press poll

The Hawkeyes lost to the Badgers, 27-7, on Saturday in Madison. 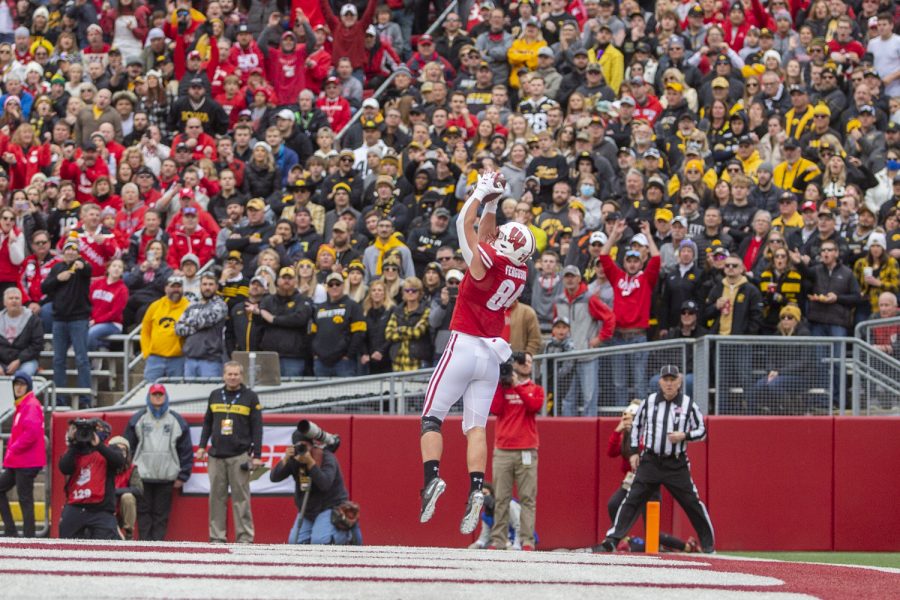 Wisconsin tight end Jake Ferguson catches a touchdown during a football game between No. 9 Iowa and Wisconsin at Camp Randall Stadium on Saturday, Oct. 30, 2021. Ferguson caught three passes for 13 yards and one touchdown. The Badgers defeated the Hawkeyes 27-7.

The Iowa football team dropped 10 spots to No. 19 in the Week 10 Associated Press poll after losing to Wisconsin, 27-7, in Madison on Saturday.

The Hawkeyes were ranked No. 2 in the nation after beating Penn State to move to 6-0 on the season, but now sit at 6-2 after back-to-back losses to Purdue and Wisconsin. Iowa no longer controls its destiny to a Big Ten West title. Georgia remains the unanimous top-ranked team in this week’s poll. Michigan State (No. 5) is the top-ranked team in the Big Ten.

Below is the full poll.