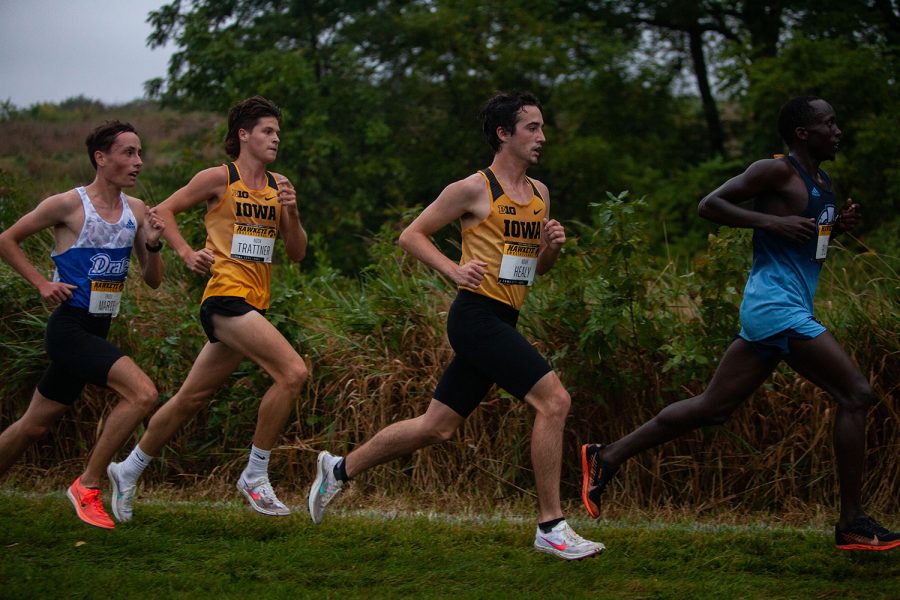 The Hawkeye men and women will run 5.2-mile and 6,000-meter races, respectively.

The Iowa men and women are both ranked in the Midwest region by the United States Track and Field and Cross Country Coaches Association. The Hawkeye men were rated eighth, and the women clocked in at No. 9.

Some of the nation’s best teams will participate in Friday’s Big Ten Championships. The Wisconsin, Michigan, and Minnesota men’s teams are ranked 10th, 15th, and 29th nationally by the USTFCCCA.

The Golden Gopher women’s cross country team is the event’s highest-ranked squad, clocking in at No. 6 in the national ratings.

“We have prepared ourselves as best as we can,” Iowa head coach Randy Haenbank said. “You either got the training behind you or it’s too late. Really, it just comes down to rest and a little training, but making sure the training you do is high quality. But [we] don’t wanna overdo it at this point.”

Leading the Iowa men’s team into Friday’s race are sophomore Nick Trattner and senior Noah Healy. Both have recorded top-10 individual finishes in multiple races this season. Trattner has placed as high as second this year.

“We gotta come together,” Trattner said. “This is where it gets serious. We haven’t put it together well as a team, but every race we are getting better. Everyone knows that, this race, we gotta step up and rip it.”

The Hawkeye men faltered at the end of the 2021 regular season, earning fourth- and fifth-place finishes in their last two events.

The Iowa women, however, head to University Park with a great deal of momentum. The Hawkeye women’s team registered top-three finishes in all four of their regular season races.

“Our mindset as a team is, since we have had such a tight spread in the races, our strategy is to run as a pack and run together,” freshman Brooke McKee said. “We have been very interchangeable among all seven of us. It has been really helpful in increasing the team’s performance.”

While both the Hawkeye men’s and women’s teams aren’t the most heralded squads that will be competing Friday, they still feel like they have something to prove.

“If you look at the national rankings, you can see there are a lot of Big Ten teams up there,” Hasenbank said. “We wanna go in there and battle with some of those teams and prove ourselves.”

The Big Ten Championships is the last event Iowa will run before it hosts the NCAA Midwest Regional in Iowa City Nov. 12.

The 2021 NCAA Men’s and Women’s Division I Cross Country Championships will be held in Tallahassee, Florida, Nov. 20.