Iowa Athletics announced that Garbutt would be its next head rowing coach Monday afternoon. 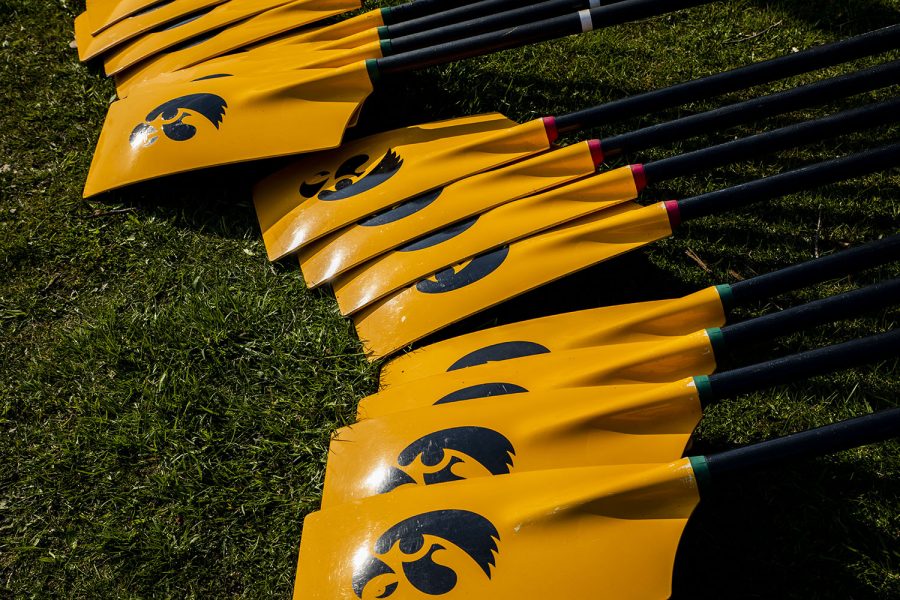 Garbutt was an assistant rowing coach at Iowa from 2013-20. He was the head coach of the La Salle University men’s and women’s rowing teams in 2020-21.

Under Garbutt and now-former Hawkeye head coach Andrew Carter, Iowa rowing made the NCAA Championships three consecutive times from 2017-19. In 2018, the Hawkeyes achieved their highest-ever ranking in the Collegiate Rowing Coaches Association Poll: No. 7.

“I’m excited to have Jeff return to Iowa City to coach our program,” Barta said in a release. “He’s a proven leader and understands, firsthand, what it takes for Hawkeye rowing to be successful.”

Garbutt was part of the 2017-18 Iowa coaching staff that earned CRCA Region 4 Coaching Staff of the Year honors.

Under Garbutt and Carter, former Hawkeye Contessa Harold was named 2018 Big Ten Rower of the Year. Harold and her teammate, Hunter Koeingsfield, earned All-America honors in 2018 and 2019. Ex-Iowa rower Hannah Greenlee also garnered All-America attention in 2019 alongside Koeingsfield and Harold.

“I am extremely excited to return to a truly special place,” Garbutt said via release. “In my previous stop in Iowa City, I was fortunate to work with some incredible people in the athletics department — many of whom I consider family. Most importantly, I can’t wait to get to work with the team. They are an amazing group, many of whom I have been fortunate enough to either coach or recruit. It may sound cliche, but this is a dream come true for me. Once a Hawkeye, always a Hawkeye.”

Garbutt takes over for Carter, who resigned Oct. 5. Carter began his tenure as Iowa’s head coach in July 2013. In 2017 and 2018, Carter was named CRCA Regional Coach of the Year.

Katie Thurstin had been serving as Iowa’s interim head coach since Carter left.

Carter and Iowa Athletics did not provide a specific reason for his resignation.

Garbutt’s collegiate coaching career began at the University of Miami, where he was an assistant coach and recruiting coordinator.

Before he arrived at Miami, Garbutt coached high school rowing teams for more than a decade. At Ocean City High School, Garbutt won several state, city, and national championships from 2004-08.

Garbutt was a collegiate rower himself from 1991-95. Garbutt graduated from Temple with a bachelor’s degree in elementary education in 1995.

Garbutt and his wife, Hope, have one son, J.J., who is a member of Marquette University’s track and field team.

Garbutt’s head coaching career at Iowa will officially begin Feb. 10, as the Hawkeyes travel to Merritt Island, Florida, for a season-opening exhibition event with SMU.