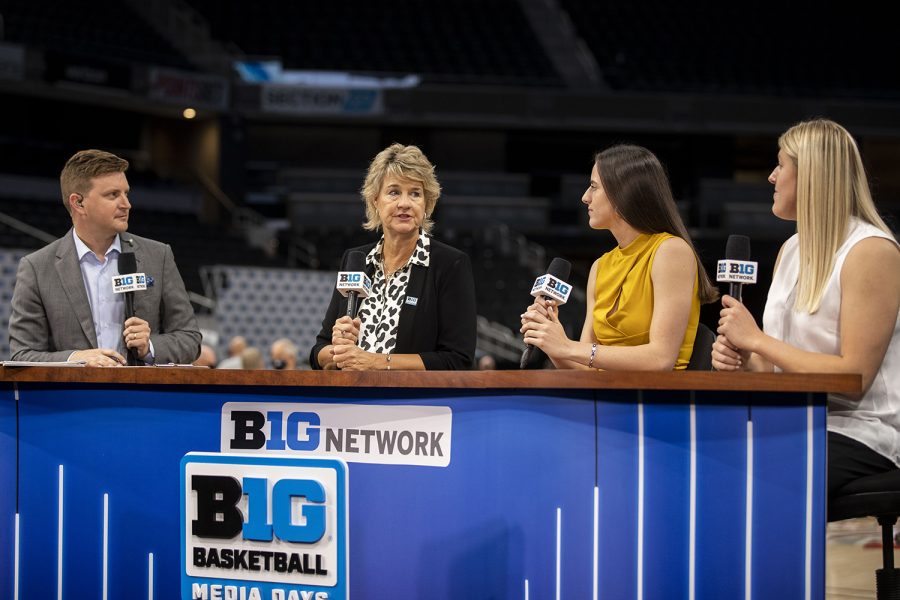 Two DI staffers debate if Iowa women’s basketball is the conference’s best team ahead of the 2021-22 season.

Iowa ultimately placed second in the Big Ten Tournament, losing to Maryland in the league title game. The Hawkeyes made it to the Sweet 16 in the NCAA Tournament.

Only one thing held the Hawkeyes back in 2020-21: Defense. Iowa surrendered about 80.3 points per game last season.

The Hawkeyes finished their 2020-21 campaign with the worst defense in all of NCAA Division I Women’s College Basketball. Iowa ranked 336th out of 336 Division I teams in scoring defense last year.

The good thing about rock bottom, however, is that there’s only one place left to go: up.

The Hawkeyes have been working to improve their defense since last season ended, per Clark and Iowa head coach Lisa Bluder.

If that hard work pays off, and Iowa’s defense improves, the Hawkeyes could be tough to beat this year.

Even if Iowa’s defense ranks 150th in the country in 2021-22, the Hawkeyes are still likely to win a lot of games.

Last year, St. Bonaventure was rated 150th in the nation in scoring defense. The Bonnies surrendered 64.5 points per game a year ago.

Iowa will win a lot of games in 2021-22 if it maintains its 86 points per game average and starts to hold its opponents to 65 points a contest.

There’s no doubt in my mind that Iowa women’s basketball is going to be successful this season.

The Hawkeyes are returning all five starters and 99 percent of their scoring on an offense that scored 86.1 points per game last season — second in the nation.

But the Hawkeyes are not the only team in the Big Ten to boast a top-10 national rating.

Maryland is the top-ranked team in the Big Ten, coming in at No. 4 in the AP poll. The Terrapins were the only team to top the Hawkeyes nationally in offensive production last season, averaging 90.8 points per game.

The Terrapins also had something the Hawkeyes couldn’t find — defense.

While Maryland only allowed 69 points per game, the Hawkeyes gave up a whopping 80.3 — 336th out of 336 Division I teams in the country.

Both the Hawkeyes and the Terrapins were knocked out in the Sweet 16 of the NCAA Tournament, giving them relatively equal footing to begin the 2021-22 season. Maryland is also returning all five of its starters, and 96 percent of its scoring.

But Indiana, in an unsuspecting national run, advanced to the Elite Eight of the 2021 NCAA Tournament.

The Hoosiers are ranked eighth in the AP Preseason Poll, just one spot above the Hawkeyes. Indiana also took down the Hawkeyes twice in the 2021-22 regular season.

If the Hawkeyes can find their defensive form, they will be a contender in the conference and nationally. But until then, Maryland and Indiana have a competitive advantage.