Mac McClear recorded back-to-back finishes outside the top 40 in fall tournaments but rebounded with a top-10 showing earlier this month. 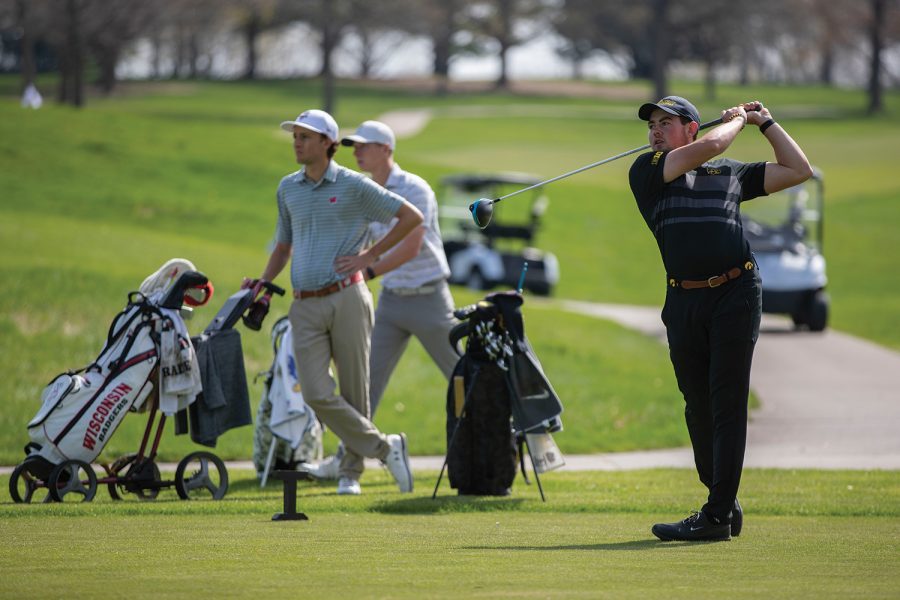 The conference tournament was McClear’s second individual title in the spring, after he also won the Spartan Collegiate at Sea Island March 8-9.

But the first-team All-Big Ten selection struggled to begin the 2020 fall season.

“I think, probably, early in the year he was just putting way too much pressure on himself,” Iowa men’s golf head coach Tyler Stith said. “Coming off a season where you win twice and you’re a Big Ten champion, I think his expectations for himself were maybe just too high.”

Stith noted that McClear plays better when he is more relaxed on the course and playing in the moment — to start this season, the junior was too calculated.

“Last spring when he was winning all tournaments, he played with so much more freedom than he is now,” Stith said. “I think he recognized that maybe after the [Marquette Invitational], maybe even after the Gopher [Invitational], and now he’s kind of back to his old form.”

Stith also mentioned that on-course awareness of his attitude was the biggest key in McClear’s midseason improvement — nothing to do with physical form.

“I think, more than anything, it was just the awareness of how he was reacting to situations, to bad shots, and bad holes on the golf course,” Stith said. “Over the course of four hours, reacting that way can have a negative impact on your mental state, which ultimately has an impact on how you perform.”

McClear returned to form at the Notre Dame Fighting Irish Classic Oct. 4-6 in South Bend, Indiana. He notched his first top-10 finish of the season, finishing in a tie for eighth place in the 80-player field.

The golfer from Hinsdale, Illinois, said he was sick to begin the season, leading to his consecutive poor outings. Now, following his recent top-10 showing, McClear said he is healthy and prepared to get back into contention as the Hawkeyes wrap up their fall season.

“I believe [I’m playing well enough to win], yeah,” McClear said. “You always got to have that self-belief no matter how you’re playing, but I definitely believe that I’m hitting good enough and putting it good enough to definitely get a win.”

McClear and the Hawkeyes will tee it up for the final time this fall at the Williams Cup in Wilmington, North Carolina.

Iowa will be part of a 10-team field at the University of North Carolina-hosted event at Eagle Point Golf Club. The Hawkeyes will compete in two rounds on Monday and finish the event Tuesday afternoon.