City Councilor Janice Weiner recalled that a conversation with her daughter helped her recognize the reality of systemic racism before summer 2020 when they lived in Washington, D.C.

“My older daughter spent a lot of time with people of color, and she kept telling me, ‘They’re treated differently, look what the police do’… and that sort of opened my eyes to the issue,” she said. “At first I thought, ‘You’ve got to be kidding, this isn’t right,’ but I saw it happen regularly with my own two eyes.”

Weiner said she did not know anyone who saw what happened in Minneapolis to Floyd and was not moved to act.

She said while the City Council has not achieved everything that the members want to accomplish with Black Lives Matter, the actions of community members and the movement itself put it on the agenda permanently.

“We now see everything through that lens — through the Black Lives Matter lens — when we look at issues, as well,” she said.

She added that this was a particularly stressful time for her, as she and City Councilor Laura Bergus had only been on the council for about six months when protests began. She said as a council, the last time the city had gone through anything like the Black Lives Matter movement was the Vietnam War protests of 1968.

“I would like to think it forced us to be better councilors, because in addition to dealing with the normal zoning and other issues, we had to think bigger and think differently about topics that might not otherwise have come onto our agenda,” she said. “And we were pushed, and we were yelled at, and we were sworn at … it was a result of activism in the wake of the BLM protests, it was a result of people waking up and saying, ‘Hey, this matters to us.’”

She added that the city was changed dramatically because of the Iowa Freedom Riders.

“I don’t think we would be where we are, but for their energy and their passion, and pushing,” she said. “So I may not agree with how they did it, but at the same time, they were instrumental in making sure [BLM matters] got on the agenda and stayed on the agenda, and inserted it into our everyday lives.”

The council members knew they had to join in solidarity with protesters on June 4 after protesters were tear gassed, Weiner said, and observe how different police patrols — the Iowa City Police Department, Johnson County Sheriff, University of Iowa police, and Iowa State Patrol — operate in the Iowa City area.

“Each has their terrain or area for which they are responsible,” she said. “So trying to influence that becomes really complex, because you only have a say over what we have a say over.”

Since summer 2020, the City Council has encountered roadblocks, particularly when reimagining the Community Police Review Board — the first of its kind. One of the demands to make the board more transparent when it comes to specific complaints has been difficult to fulfill because of state laws, including the Back the Blue act.

“It’s a huge challenge when you’re in a place that’s diametrically opposed politically from the trifecta in Des Moines,” Weiner said. “And at the same time, we also have to pay a little bit attention to if we do X, what will the state House do to us? And I don’t think we’ve let that color our view too much, but it’s buried in the back of my mind.”

Weiner said with all the conversations between community members and the city council, she has to remind herself and her fellow councilors of what the ultimate goal is.

“My view is, the goal is to move forward and see everything through this lens and see how we can improve,” she said. “… It’s a challenge to deal with people who are yelling at you, and it’s a challenge dealing with issues when there is more than one BIPOC voice in the community.”

Early on, the council saw individuals coming forward to express their feelings on the movement, from those who have lived in Iowa City for decades to immigrants and young people who are frustrated with the city’s current state.

“We continue to talk to people, and listen and learn and try to do the best we can,” Weiner said. “And it’s not linear, and it’s not perfect, and it’s not as fast as people want it to be, but it’s still moving forward.” 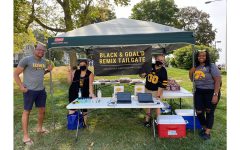 The Black and Goal'd Remix Tailgate returns for 2021 football season 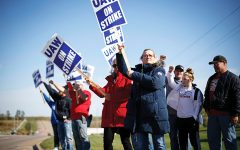 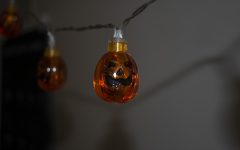