Around 100 years ago, the School of Art and Art History introduced the Iowa Idea major track, and now they are introducing the Global and Interdisciplinary Connections track focused around how to make it easier for students to double major in art history. 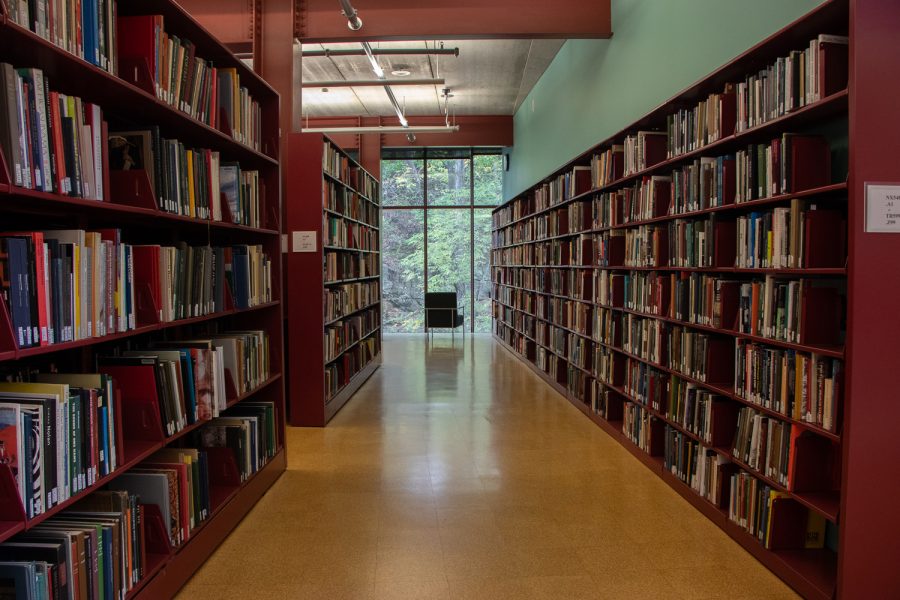 For the first since the 1920s, the University of Iowa’s School of Art and Art History has added a new track to the Art History major track.

Before, the only major track was the Iowa Idea, which did not allow students to incorporate classes from other areas of study into their degree.

The new major track is called the Global and Interdisciplinary Connections track. Daniel Maze, Assistant Professor of Art History, said this track was designed to make it easier for students who are pursuing other humanistic disciplines to double major in art history.

“We wanted to empower students who are double majors who were interested [in art history] because it was very difficult to double major in it,” Maze said.

He said he noticed students having to take an extra semester or year to get the coursework done for the major. The previous track they had in place was the Iowa Idea.

“The Iowa Idea track continues our century-long tradition of combining the study of art history with the hands-on creation of art, in studio art classes,” Maze said. “They [students] can actually understand the creation of art, the making of art, and they got to know the artists themselves.”

The Iowa Idea track is still the recommended track for those wanting to single major in art history or for studio arts double majors. Created around 100 years ago, the Iowa Idea became the model for many art history programs around the nation.

Maze said that when they were discussing the new Global and Interdisciplinary Connections track, they thought about reimagining the Iowa Idea in a global context.

In the new track, students will be able to take three courses (nine semester hours) from one of following courses and count it toward their art history double major: American Studies, Anthropology, Asian Languages and Literatures, Classics, English, German, French, History, Italian, Philosophy, or Religious Studies.

Brenda Longfellow, Associate Professor of Art History and Head of the Art History Division, said that they are starting small in the number of majors this track is compatible with, but they are hoping to expand that list in the future.

“We’re always optimistic that this track is going to be beneficial for individual students, but also for our department as a whole in terms of forging new connections with departments across campus,” Longfellow said.

Director of the School of Art and Art History Steve McGuire said art history is a popular double major for students.

“Art history itself is a window into understanding how other cultures understand themselves, and how we look at the world,” McGuire said. “So art objects themselves are a window or vehicle to understand the richness and diversity that is across the globe.”

As director of the school, he found it important to reach out to other departments across the College of Liberal Arts and Sciences.

“It’s really important to bring other majors into the [art history] school to have an experience with our curriculum,” McGuire said. “We can support the curriculum in other majors in a way that nobody else can, by giving a perspective on the role of art in history and culture.”

The Global and Interdisciplinary Connections track offers many benefits to those who are looking to follow it.

“The pursuit of art history as a second major, it’s life enriching, and it’s lifelong,” Maze said. “And of course, it just looks great on your CV.”