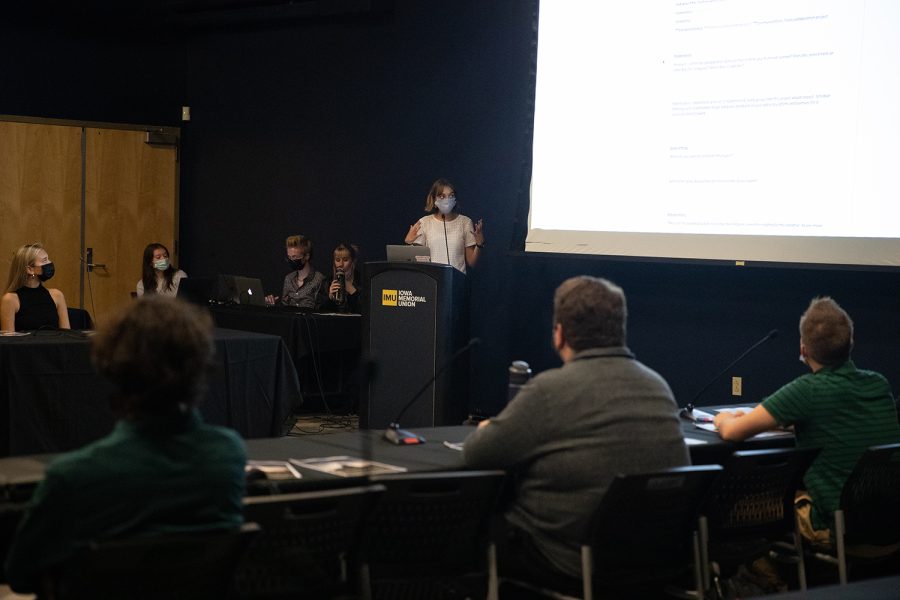 The student government was placed in an unprecedented situation earlier this semester when the elected vice president, José Muñiz Jr., resigned from his position for undisclosed reasons.

Sen. Mustafa and Sen. Xiangheng Li gave speeches before the Senate about why they would be a good fit for the interim speaker pro tempore position. Both candidates also took questions from the audience about their leadership skills and goals for their position.

“I want to work with the best leaders in student government,” Mustafa said. “I want to interact with everyone within USG and help support every individual, and I want to work towards implementing real initiatives at the university.”

Mustafa said his leadership style is quiet and focuses on listening to what everyone around him has to say. He also said he looks to find solutions that benefit everyone in some way.

Sen. Li spoke about his leadership skills as a resident assistant and his ability to manage his time as he argued for senator’s votes. He said his leadership style was passive-aggressive, but also said he would advocate more inclusiveness.

“I believe in making student government a more inclusive environment, a work environment that can allow our senators to help support our students,” Li said. “[I also want to] grow the relationships with our other student organizations and campus partners to deliver a better future for our students and for the University of Iowa.”

Mustafa was confirmed by the Senate by a near-unanimous vote. For confirmation, the candidates needed two-thirds of senators in favor of their appointment.

“From high school, I’ve been involved in student government,” Mustafa said in an interview with The Daily Iowan. “I just wanted to continue that in college.”

Mustafa said his role will be in support of the interim speaker. He said he believed he can be exactly what the speaker needs to relieve some of the pressure of position and keep USG organized.

“[My role mostly] is just picking up the pieces that the speaker drops,” Mustafa said. “Speaker is a huge role.”

He said being a member of the finance committee allowed him to see what events were being funded by USG and generally what was happening on campus. Mustafa said his position as chair of the health and safety committee provides him insight into the field of health and safety, which is interesting to him as he plans to attend medical school.

Mustafa is a resident assistant at Peterson Hall and said these experiences give him the proper experience to hold this position.

“I just have a lot of leadership experience,” Mustafa said. “All those experiences helped me with my people skills when I’m leading a group of people – being able to talk to everyone with different perspectives.”