There is a shortage of student employees around campus this semester. University Housing and Dining is 900 employees short of the number of employees the department aims to employ each year. 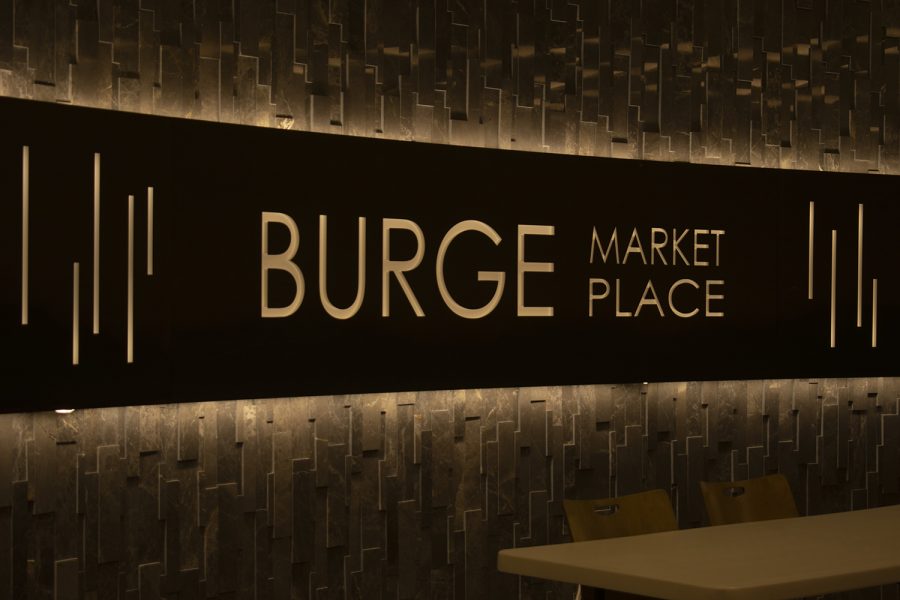 The University of Iowa is facing a campus-wide staffing shortage this semester. University Housing and Dining is especially feeling the effects of the shortage.

A majority of University Housing and Dining employees are students. Director of University Dining Jill Irvin said the department aims to hire 1,400 students for all of its facilities annually, but this semester, they’ve hired less than half of that.

Sofia Muñoz, a former Hillcrest Market Place employee, was promoted this year before they left the department. Muñoz was promoted from an entry level position of associate to lead. With the staffing shortage, a lot more was expected from them, Muñoz said.

“It was quite stressful because we were expected to take on a lot of the extra work because there weren’t associates there,” Muñoz said.

“The pool of applicants that we are getting is very small to non-existent,” she said. “I mean, we will have positions that have no one applying for them, or we’ll have a position where three people that have applied don’t — in any way, shape, or form — qualify.”

There is a large pool of students who are not applying for jobs this year when in past years they would have, said Josh Frahm, associate director of Student Employment Programs.

“We are having way, way less underclassmen, specifically freshmen, that are working compared to normal years, and that’s where the struggles are coming from,” he said.

Muñoz said students are feeling unprepared for their job because of the lack of employees.

“I felt very unprepared going into this year and I didn’t feel like I was adequately trained for the higher position that I had,” they said.

Working on campus and juggling schoolwork has been a challenge this year because of the lack of other employees, Muñoz said.

There were some shifts, they said, that were so short-handed they sent out emails asking employees to come in.

“[On] Wednesdays, we’re extremely understaffed in the way that we had six or so leads working and no associates,” they said. “They would send out emails weekly saying, ‘If you can come in, please do, because we don’t have many for this shift at all.’”

Irvin said some areas of University Housing and Dining have had to make changes to their normal routines to accommodate the lack of staff. Burge Market Place has started using paper and plastic silverware to ensure there are enough employees in other sections of the dining hall.

“We can redeploy those people that we are planning to have to work in the dish room to work somewhere else,” she said.

The department has raised its starting wage from $9.50 to $11 an hour, in order to compete with surrounding businesses from downtown, she said.

“We knew it was time for us to make a change to see if that would help in our recruitment efforts,” she said.

The department would typically advertise open positions through signage on the Cambus to reach off-campus students, Irvin said, but that was not possible this year.

“In the past, there were signs in the Cambuses that were available that we could put a sign in a Cambus,” she said. “But Cambus is in the exact same kind of employment situation that we’re in, so they have decided this year to reserve those signs for their use, only so that takes an opportunity away from us.”

Frahm said it is not just University Housing and Dining that has struggled to find workers.

“There are ‘for hire’ signs everywhere,” he said.

COVID-19 plays a role behind the shortage, Frahm said, but Student Employment Programs is working with students to help them adjust.

Irvin said Housing and Dining understands that students are at the university to learn and get their degree, not necessarily to work, but the skills students can learn from campus employment are essential for every job.

“Working for dining isn’t going to teach you to be an engineer, but the number of other skills that we’re teaching are valuable across the workforce,” she said.