Freshman Paula Miranda paced the Hawkeyes with a second-place finish. 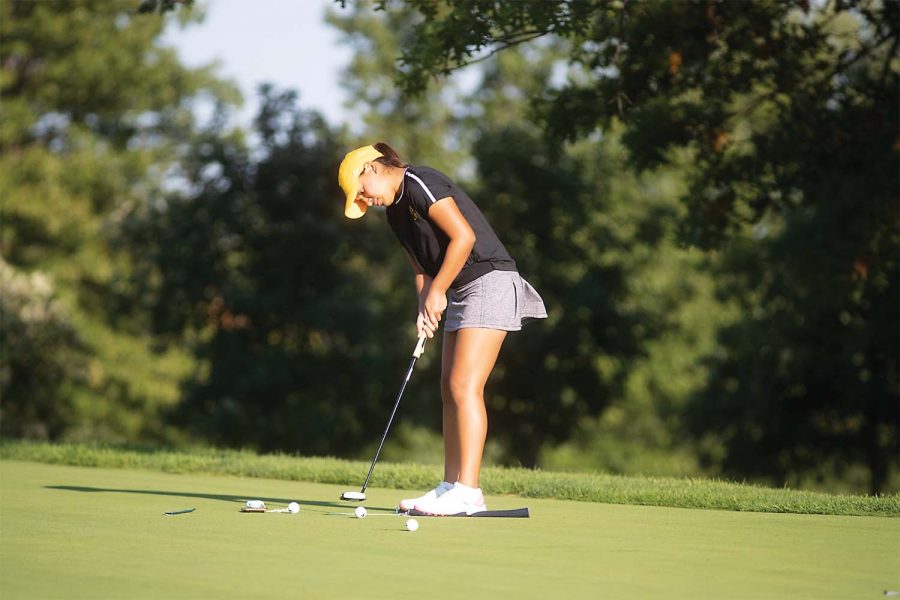 Iowa freshman Paula Miranda paced the Hawkeyes for the third straight event. The golfer from Puebla, Mexico, tallied a second-place finish with a 4-under-par 212 — her best career finish at Iowa.

Junior Dana Lerner also posted a collegiate-best 5-over-par 221 to finish in a tie for 38th.

Iowa posted a season-best single-round team score of 3-over par 291 on the first day of the Ron Moore Intercollegiate. In the second round, however, Iowa shot a 14-over par 302 on the second day.

But the Hawkeyes saved their best finish for last, tallying a 1-under-par 287 to jump from 13th to ninth place in the final round.

“I am proud of our team for their comeback today,” head coach Megan Menzel said in a release following the final round. “We played the par 5s six-under and had some great par saves to keep our momentum going.”

Multiple Hawkeyes turned in season-best rounds at the Ron Moore Intercollegiate, including Miranda.

With two even-par rounds on the first two days of the event, Miranda put herself near the top of the leaderboard before the final day.

And she vaulted up the board even further on Sunday.

Miranda fired a 4-under-par 68, counting five birdies and one bogey, to finish second individually at the event.

She birdied four of her final nine holes.

“Paula had a great week and continues to show great composure at the collegiate level,”Menzel said in a release. “Most importantly, she is a great teammate and a tough competitor.”

The Hawkeyes will close out their fall schedule Oct. 22-24, traveling to the Bahamas for the White Sands Bahamas NCAA Golf Invitational.