With Week 5 of the NFL season complete, The Daily Iowan breaks down the performances of former Hawkeyes across the league. 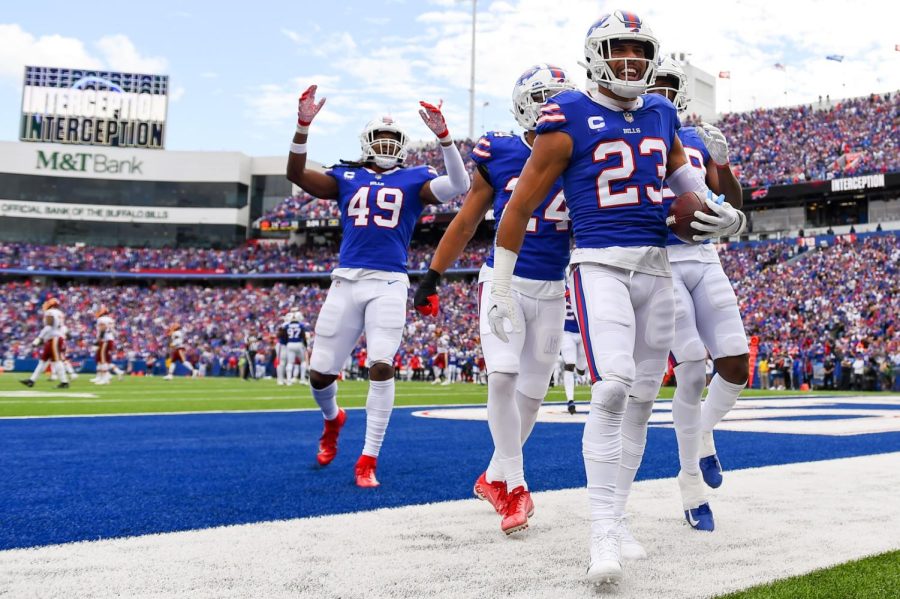 In the Buffalo Bills’ 38-20 road win over the Kansas City Chiefs, Hyde caught a tipped pass at the Chiefs’ 28-yard line and proceeded to stride into the end zone for a touchdown.

Micah Hyde gets the pick-6 for Buffalo 🔥

Bills are in complete control in Kansas City.

Hyde has now intercepted a pass in each of his last three games, dating back to the Bills’ 43-21 victory against the Washington Football Team at Highmark Stadium in Orchard Park, New York, Sept. 26.

Former Hawkeye defenders Christian Kirksey and Desmond King led the Houston Texans in tackles Sunday. The pair registered a combined 22 stops in the Texans’ 25-22 loss to the New England Patriots at NRG Stadium in Houston.

Kirksey recorded six of his 12 tackles solo. King racked up six of his 10 stops unassisted.

In addition to his 12 tackles, Kirksey also recorded a pass breakup. Kirksey has broken up a pass in each of his last two games. On the season, he’s accumulated four total pass breakups.

King has forced one fumble and defended one pass this season.

The Texans currently sit in third place in the AFC South Division standings at 1-4 overall.

Because he’s on injured reserve, Kittle will miss the 49ers’ next two games. According to new NFL rules, any player placed on IR must miss a minimum of three weeks of games before they return to the field.

Before the 2020 season, the NFL didn’t allow its franchises to move more than two players onto and then off injured reserve. The NFL’s league office changed the rule in 2020 to allow unlimited IR transactions in a season because of COVID-19.

Per ESPN, Kittle has been dealing with a calf injury since San Francisco played the Detroit Lions at Ford Field in Michigan Sept. 12.

Kittle played in Weeks 2, 3, and 4 with the injury. He was listed as doubtful ahead of the 49ers’ Week 5 matchup with the Cardinals before he was placed on injured reserve.

Once Kittle was placed on IR, the 49ers promoted wide receiver Travis Benjamin from their practice squad to their active roster to fill the void left by Kittle.

Kittle has been the 49ers’ second-best receiving option this season, hauling in 19 passes for 227 yards. Wide receiver Deebo Samuel is the only player that has caught a greater number of passes (31) and gained more yards (548) than Kittle in the 49ers’ air attack in 2021-22.