Live theater returned to the University of Iowa mainstage with the premiere of 'Our Lady of 121st Street.' Although the play itself wasn’t a great choice, the cast and crew made up for its shortcomings. 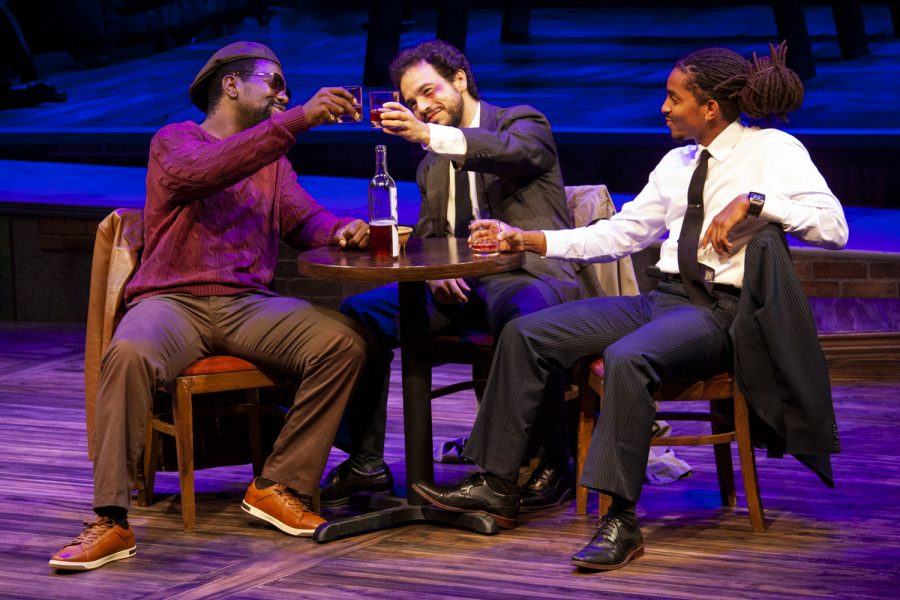 This Friday, the University of Iowa Theatre Department kicked off the return of in-person mainstage productions with a live performance of Our Lady of 121st Street. The play follows the stories of former students returning to Harlem for the funeral of their teacher, Sister Rose.

While the script features a wide array of diverse characters, some of them are unfortunately reduced to tired stereotypes, taking away interest from those hoping for something more original than a series of tropes out of the show.

Although an angry Latina, a weed-smoking adulterous Black man, and a gullible neurodivergent person can be true to life, reusing those tropes time and time again perpetuates the idea that those traits are inherent to members of those backgrounds.

The playwright of the script, Stephen Adly Guirgis, seems well aware that the story is rife with stereotypes, seeing as one character’s entire arc is about embodying all the stereotypical traits of a gay man.

This character could have been used to deconstruct the effects of being stereotyped, but he was instead used to tell the same story of yet another fictional queer couple breaking up over one person wanting to be out of the closet and the other wanting to hide their queerness around old friends and family.

Another issue with the script is its odd narrative structure. With no satisfying conclusion to many plotlines, it felt like watching a TV show get canceled during its mid-season finale.

RELATED: UI Theatre’s mainstage season to open with Our Lady of 121st Street

Despite these issues with the script, the cast did an overall excellent job with what they were given.

UI graduate teaching assistant Monté J. Howell, who played Rooftop, added plenty of personality to the show from his boisterous laughter to the nuance he brought to his character’s self-reflective moments. UI graduate teaching assistant Sonya Madrigal, who played Norca, kept up a truly impressive level of energy throughout the performance and didn’t fall into becoming one-note as a character who is angry most of the time.

Hopefully, these talented actors will have more opportunities in the future to portray more nuanced characters. It’s clear the Theatre Department made an effort to find a play that called for diverse casting, but diverse casting alone doesn’t inherently represent diverse stories.

Watching performances like those onscreen is nice, but being able to watch it play out in person, knowing there were no do-overs, is all the more impressive. The actors adjusted their performances to the audience’s reaction in real time, making the crowd feel like part of the show as well.

The technical team behind the show also did great work. The play didn’t require any major set changes because of the set’s three separate levels. On the bottom level, the set can function as a bar or a confessional box. The mid-level was used for the outside of the church, and the top-level hosted the display room for Sister Rose’s casket.

Some characters remained frozen in place as the lights went down on their scene so their scene could be quickly resumed after a scene on a different level played out, which kept the show running seamlessly.

Metal windows hung in the background, creating the illusion of an apartment complex in Harlem. Brightly illuminated signs for the church and bar lit up during scenes that took place in those locations, adding extra atmospheric detail to the otherwise simple, yet effective bar and church setting.

The Theatre Department clearly has plenty of talent behind it, which could be better utilized with a better script. Despite its issues, Our Lady of 121st Street proved that acting and technical talent were not lost when live theater was not possible.