Although most people probably don’t consider the social role public libraries play in society, they are a vital resource in bettering communities across the country. 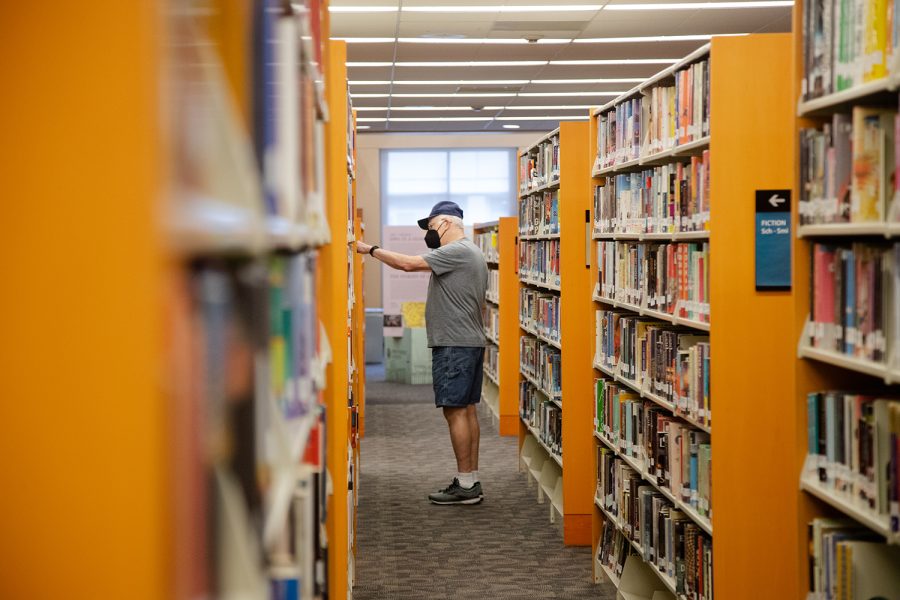 Libraries are essential spaces in bettering community health and should be supported. In Iowa City, we are fortunate enough to have a beautiful public library with large open windows and a seemingly new silver exterior. Once you step foot in the library, the walls are stacked with books and displays are scattered around, inviting you to look at this month’s new picks.

Many people don’t think of libraries when it comes to addressing systemic issues in the community. While libraries provide free access to books, films, computers, and more, they are also major hubs for supporting people experiencing mental health struggles, homelessness, addiction, and a variety of other things influenced by social factors.

According to the Public Library Association President, the number of patrons visiting public libraries has picked up over time. With increases in library visits, there are certain needs that should be attended to.

With how frequented they are, and the diverse range of demographics public libraries reach, we should support implementing more programs in public libraries that would help better the community.

A major factor in the potential that libraries have for furthering communities is inclusivity. They are completely open and free for people to gain access to vital resources like Wi-Fi, computers, educational resources, and more.

Libraries have also played an essential role in providing technology in an age where access to and literacy in technology are necessary for individuals to connect to the world around them.

This is especially important for job searches.

In addition to many technological resources, statistics show more than 63 percent of public libraries offer resources for job employment.

The Iowa City Public Library has a variety of useful community resources. There is a catalog of online resources like the Adult Learning Center which has resume writing resources, career resources, preparation for the U.S. citizenship test and more. There are Iowa Legal Aid resources with information for low-income Iowans.

Outside of visiting the public library and getting yourself a library card, several events where people can support libraries. The English Conversation Club allows people to practice English speaking skills and the Buddy Dispatch service allows teens to support each other during the pandemic.

To show support for the Iowa City Public Library, people can also volunteer and donate gently used books for their The Book End initiative.