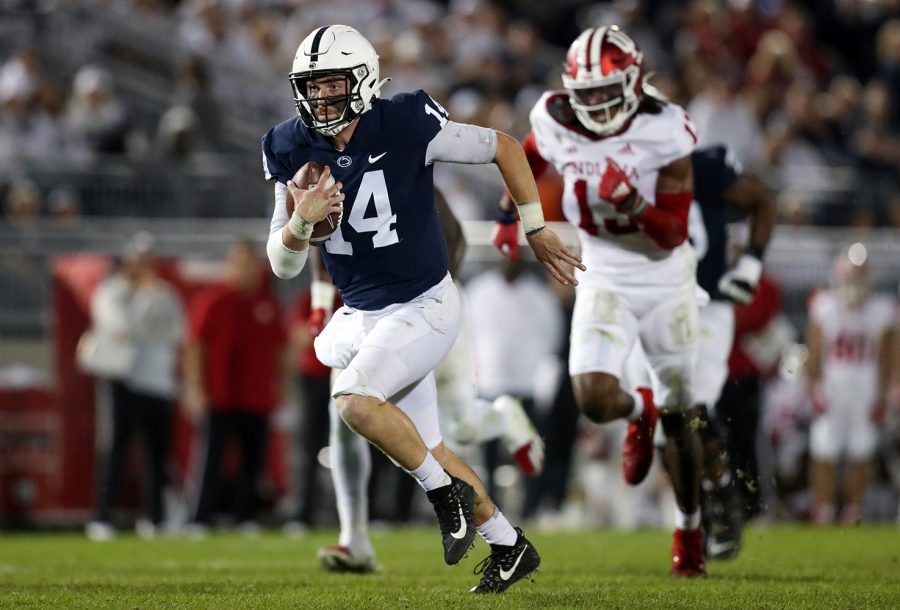 The No. 3 Iowa football team hosts No. 4 Penn State on Saturday in a top-five matchup between unbeaten teams.

The Hawkeyes and the Nittany Lions both possess elite defenses, so this Week 6 matchup could come down to which offense can actually move the ball.

Below is the DI’s full scouting report for the game.
Marquee matchup — Iowa’s offense vs. Penn State’s defense
No. 3 Iowa football’s matchup with No. 4 Penn State at Kinnick Stadium Saturday will feature two of the Big Ten Conference’s best defenses. The Hawkeyes are ranked first in the league in defensive efficiency with Penn State nipping their heels in second.

Iowa has racked up a conference-leading 12 interceptions in 2021. Penn State’s seven interceptions are tied for second-best in the league with Ohio State.

Iowa has the Big Ten’s third-best rush defense, while Penn State has the fourth-best.

With defense likely to rule the day Saturday, Iowa’s offense will have to find a way to outscore Penn State’s potent passing attack.

Through five weeks of action, the Nittany Lions have the Big Ten’s fourth-best aerial assault, statistically. Iowa’s passing offense is rated ninth in the league, ahead of just Northwestern, Wisconsin, Illinois, Michigan, and Minnesota.

Hawkeye quarterback Spencer Petras has only thrown one interception this season. Though, the Nittany Lions’ formidable secondary could give him some fits.

Petras didn’t throw a single interception against Kent State in Week 3, and the Golden Flashes led the nation in interceptions at the time.

The Nittany Lions have not surrendered more than 20 points in a game this season. The Hawkeyes have not scored fewer than 24 points in any of their contests this year. One of those trends will have to end Saturday.
Penn State’s run defense ranks near the bottom of the Big Ten
While the Nittany Lions do have the Big Ten’s fourth-best passing offense, they do not have much of a run game to complement it. Penn State’s rushing attack ranks 11th in the league, averaging about 133 yards per game So far this season, Penn State has only scored six touchdowns on the ground.

The Hawkeyes’ run defense has been one of the best in the Big Ten throughout the 2021 season. Currently, Iowa ranks third in the league, allowing just 87 rush yards per game. The Hawkeyes have only surrendered two touchdowns on the ground this year.

Below is the Q&A. It has been lightly edited for length and clarity.

The Daily Iowan: Penn State’s played five games this season. What have you seen from the team this season?

Ralph: Yeah, I mean, they’re really revitalized. Obviously, there’s a lot of narrative about last year and the 4-5 season but [head coach] James Franklin will be the first to tell you that it was just a weird year all around, and it’s not really representative of anything. I think [the Nittany Lions] have certainly backed his words up this season. [Quarterback] Sean Clifford looks like a completely different player. The defense is much stronger than anybody would’ve expected. They’ve just been playing really solid football, pretty much all around.

DI: How do you think Penn State’s offense will stack up against Iowa’s defense this week?

Ralph: I think if anybody’s going to challenge Iowa, it is Penn State because Sean Clifford has not turned the ball over this season. The biggest thing for Iowa’s defense has been that they’ve been able to capitalize off all the turnovers they’re creating. I mean, they picked off [Maryland quarterback] Taulia Tagovailoa five times. So, Sean Clifford has to just keep doing what he’s been doing this season. I think this one could end up being really just a boxing match because Penn State has been taking care of the ball. So, that might take away some of the opportunities Iowa has had [in previous games]. Not to say the Hawkeyes can’t create them, because I know they will. But I think they’ll be able to create less because of how good Penn State has been with the ball.

DI: What’s your prediction for this weekend’s game?

Ralph: I’ll go with Penn State, for now. The more that I think about their ability to avoid turnovers, the more I think it’s going to play to their advantage. I think the defense is going to come after [Hawkeye quarterback] Spencer Petras really well. So, I’m going to go with Penn State to the tune of like, 21-17. It’s going to be close, and like I said, if you ask me later, I might flip to Iowa.