The former vice president will visit the Iowa Memorial Union on Nov. 1. 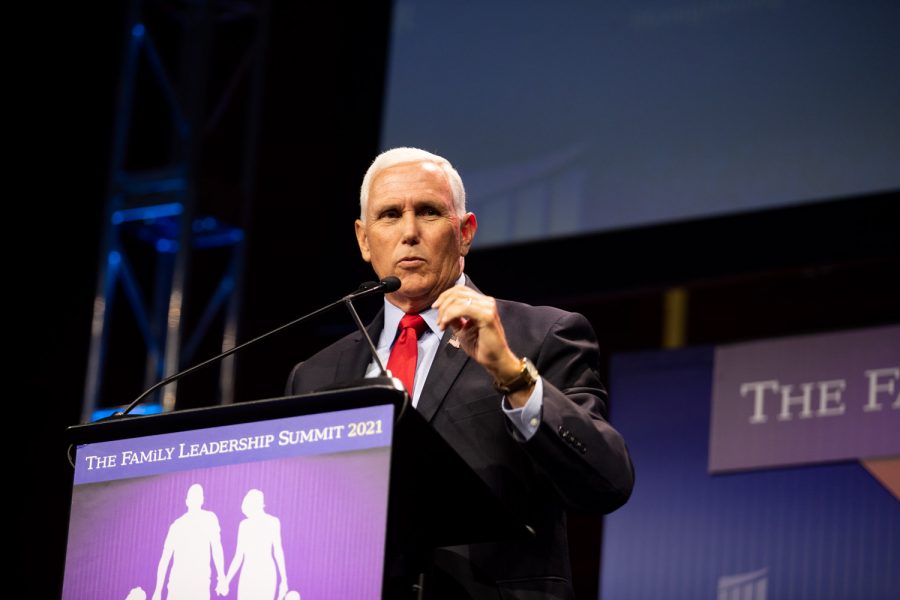 Former Vice President Mike Pence addresses the crowd during The Family Leadership Summit in Des Moines on Friday, July 16, 2021. Pence said his favorite encounters with Americans were when people mentioned they were praying for him.

Former Vice President Mike Pence will deliver a lecture at the University of Iowa on Nov. 1.

The event is hosted by Young Americans for Freedom, a conservative student activism group.

Pence will be speaking at the Iowa Memorial Union main lounge at 7 p.m.

The event is part of a series of stops for the former vice president, who will also be speaking at Texas A&M on Nov. 11.