The Hawkeyes will take on No. 6 Rutgers and No. 7 Maryland on Friday and Sunday, respectively. 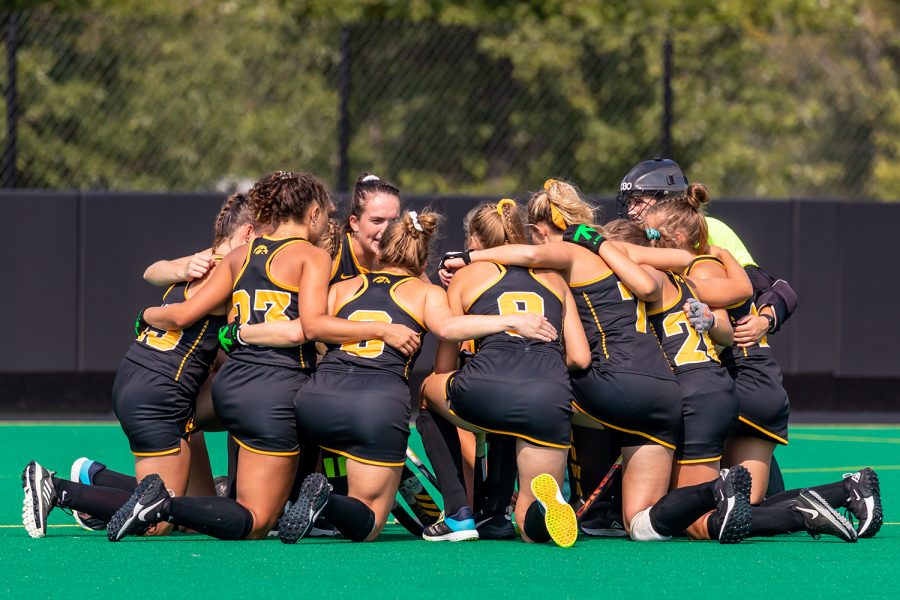 For the first time in the history of the National Field Hockey Coaches Association Poll, Iowa is ranked first.

Iowa is 10-0 on the season, with five wins over ranked teams. The Hawkeyes have also shut out their last eight opponents.

“It’s a huge achievement for all of us, especially the past four years,” fifth-year senior midfielder Ellie Holley said. “It’s not just this season, but a representation of the hard work from the past five years.”

The Hawkeyes had been ranked second in the NFHCA Poll behind Michigan prior to Sept. 28. Iowa has received a larger number of first-place votes every week since Sept. 7. This week, the Hawkeyes finally garnered enough first-place votes to overtake the Wolverines and rise to No. 1 in the nation.

“We’ve worked pretty hard to get to this point, so we’re celebrating a little bit but are not going to get too caught up,” fifth-year senior forward Maddy Murphy said.

Like Iowa, now-No. 2 Michigan has yet to lose a game this season. The Wolverines also boast four wins over ranked foes on the year.

While Iowa’s 2021-22 résumé might stand out to the pollsters that ultimately helped the Hawkeyes earn their No. 1 ranking, Murphy believes her team’s consistency has helped it garner attention in the NFHCA Poll.

“The consistency and everyone’s willingness to give their all and put in hard work for 60 minutes has set us apart, and you only get that with great teams,” Murphy said.

The Hawkeyes will have a chance to pick up two more wins over ranked foes this weekend. Iowa will travel to the east coast for matchups with No. 6 Rutgers and No. 7 Maryland on Friday and Sunday, respectively.

Rutgers is 8-1 this season, and its only loss came to then-No. 17 Saint Joseph’s on Sept. 12. The Scarlet Knights have picked up a whopping seven wins over ranked foes this season. In nine games, Rutgers has played eight rated opponents.

“We’d probably compare them as the most similar Big Ten team to us due to their organization, structure and experience on the field,” Iowa head coach Lisa Cellucci said.

Sunday’s match against Maryland will be a test for Iowa’s resilient defense. The Terrapins put eight balls past Indiana last week and have averaged 3.67 goals per game.

Maryland is 7-2 in 2021-22, falling to then-No. 7 Boston College and Penn State. The Terrapins boast four wins against ranked adversaries this season.

“Maryland is lethal on the offensive side and has a fantastic transition, so we are going to have to play great individual and team defense,” Cellucci said.

Friday’s Iowa-Rutgers game starts at 2 p.m., while the Hawkeyes’ matchup with the Terrapins will begin at 11 a.m. Sunday. Both games can be streamed on BTN+.