Molly Hall-Martin, a University of Iowa doctoral student, will serve on the National Advisory Committee on Institutional Quality and Integrity, a committee providing approval for federal funding to universities. 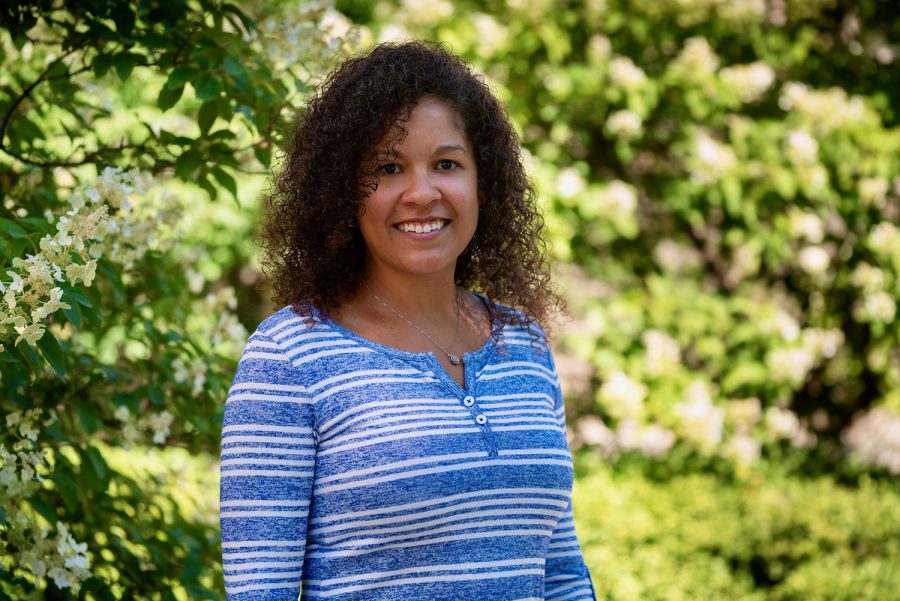 A University of Iowa doctoral candidate will serve as the only student on the National Advisory Committee on Institutional Quality and Integrity under the U.S. Department of Education.

Molly Hall-Martin, a student in the Higher Education and Student Affairs Program in the UI College of Education, is the appointee to the 18-member national committee.

The National Advisory Committee on Institutional Quality and Integrity is an advisory committee to the U.S. Secretary of Education, Miguel Cardona, and makes recommendations regarding accrediting agencies.

According to the committee’s website, universities require approval from these approved accrediting agencies to receive federal student aid.

The committee is composed of six appointees, each from the House of Representatives, the Senate, and the Department of Education.

Hall-Martin said she represents the interests of all students.

“I feel a huge responsibility to students,” Hall-Martin said. “I think if I hadn’t had the previous professional experiences that I’ve had, it would be really easy to be intimidated.”

Hall-Martin started her career in higher education as the Native American Programs Coordinator during her undergraduate studies at the University of North Carolina, she said, before she took on a role at Lower Brule Community College in South Dakota.

She later worked for the South Dakota Board of Regents as the Director of Student Preparation and Success.

With the South Dakota regents, Hall-Martin said she focused on policy changes for all students, especially first-generation and Native American students.

She left her position with the South Dakota regents to take on a role as a full-time student at the UI. While she wasn’t expecting to be nominated, she said it was a huge honor.

Hall-Martin said she feels that her background as a member of the Lower Brule Lakota tribe and as an American Indian Studies scholar are beneficial to her role on the committee.

“Getting a seat at the table means I can advocate for students who typically don’t have advocates on a larger, national platform,” Hall-Martin said. “I think this will give me the opportunity to tell our stories in a way to people who may not typically listen.”

Hall-Martin said she was nominated by her colleagues and peers for the position on the national committee.

She said the nomination letter detailed that she was a good candidate because of her combination of educational background, work experience, and passion for increasing access and equity for higher education.

Katharine Broton, assistant professor of higher education and student affairs, has been Hall-Martin’s adviser during her time at the UI. Broton said working with Hall-Martin is a privilege and that her appointment to a national committee is an incredible honor.

“By the time she joined the University of Iowa to pursue her doctoral degree to pursue her Ph.D., she really already had a wealth of experience and insights,” Broton said. “She really brings this unique, first-hand perspective on higher education, particularly governance and policy.”

“While she’s interested and focused on policy, she’s very focused on the role policy can play in order to better serve students, to promote more equitable outcomes, and improve higher education,” she said.

Jodi Linley, the program coordinator for the UI higher education and student affairs program, wrote in an email to *The Daily Iowan* that Hall-Martin goes above and beyond in the classroom and seeks out resources to apply her own learning experiences.

“What makes her the right person for the NACIQI appointment is the beautiful combination of her intellect, heart, commitment to equity, and the strong match between the opportunity to serve and her long-term goals to shape higher education,” Linley wrote.

Linley added that after Hall-Martin completes her dissertation study next year, Hall-Martin will be a very highly sought-after policy researcher.

“Molly is a world-changer who will spend her life working for educational equity,” Linley wrote.

Broton said Hall-Martin is putting her scholarly training in the form of internships and past experiences to work on the committee.

“The future is bright for Molly Hall-Martin,” Broton said. “She is interested in changing the world, and I have every confidence that she will indeed do so.”