Opinion | The U.S. needs to do more to protect the Qatari workforce

In my experiences overseas, I have seen how the migrant workforce of Qatar needs to be protected. 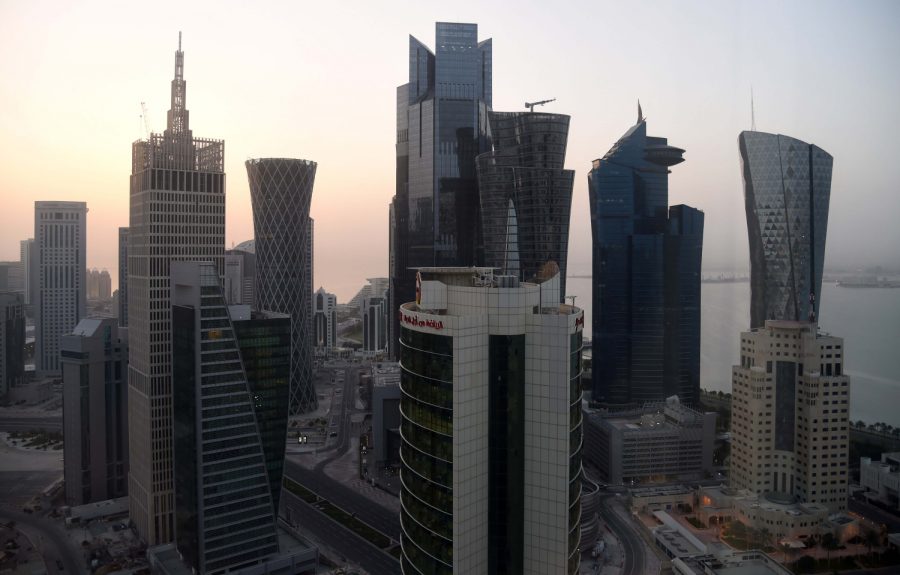 In the two collective years I spent in Qatar — with two deployments in the Virginia and Iowa National Guards — I saw the horrific conditions the migrant workforce operates under.

Qatar is host to the U.S. Al Udeid Air Base, or as it is commonly known in the military, AUAB. The nation also previously hosted Camp As-Sayliyah, a U.S. Army installation. Al Udeid Air Base serves as the largest air base in the Middle East and is incredibly strategic for supply operations as well as bombing campaigns. The migrant workforce is often brought in to complete projects and do construction on the base.

Migrant workers put in long hours and are surrounded by inhumane conditions in the 110-degree heat for unlivable pay. High winds and heat make the work almost unbearable. But without the ability to unionize, and bleak employment prospects back in their home nations, they are trapped. In addition to the exploitation of their labor, employers have also been found to withhold wages and threaten deportation if employment terms were not agreed upon.

Working in these hazardous conditions with minimal to no protections has caused over 6,500 worker deaths. The spike in these deaths has not sparked much action from the Qatari government in terms of providing protections. In fact, investigations have not taken place either, with an estimated 70 percent of deaths not being looked into. The deaths are claimed to be from natural causes, which is moot without a proper investigation.

While the state department claims it could not find proof of these labor violations, international watchdogs such as Amnesty International and Human Rights Watch have made claims that their protections for migrant labor are not being enforced.

During my time in Camp As-Sayliyah, we had several incidents occur on base. The biggest issue was a lack of protection for workers replacing the roofing on the warehouse that filled the base. Harnesses were not used, causing workers to fall off from these 50-foot structures. Of all the incidents that occurred on our base, only one was investigated by a Qatari official.

Conditions such as these should be inexcusable in the international community. With the tremendous loss of life within this demographic, there needs to be a push for change.

This needs to start with the U.S. — the largest international influence within the country.

Our nation was founded on the ideals of freedom and equality for all that inhabit its borders — that all people can have access to the unalienable rights we are granted at our birth.

So why would a nation that places such an emphasis on freedom and equality turn a blind eye to these treacherous human rights violations? The only clear answer is geopolitical and military strategy.

Financially, it makes sense to maintain a presence in Qatar. Due to the location of the country on the Arabian Peninsula, we have a short trip to all the sources of conflict in the region, which cuts down on costs. Being able to store all our equipment in a strategic location in Qatar cuts down on our costs of equipment transportation.

Additionally, the location is incredibly strategic for rapid military deployment and staging equipment in an advantageous position. With the equipment already staged in a forward-deployed area, military movement is incredibly easy.

We can also fly our offensive aircraft anywhere in the region for a variety of purposes: from bombing campaigns to surveillance and supply. However, it should not be worth the moral and ethical dilemma when it comes down to human rights.

One could argue that the U.S. should play a hardline approach to these human rights violations and expect Qatar to conform due to our watchdog presence for the country. We are the military might in the country. The Qatari military is small and wavering.

However, the Qatari people and government as a whole are very bullish when it comes to opposition. It wouldn’t be too difficult to believe that they wouldn’t make us remove ourselves from the country altogether.

With the U.S. turning a blind eye to the horrific labor violations that take place in the country daily, as well as allow for the continued exploitation of labor on our bases, there’s little reason for Qatar to change. We are the largest global influence in the country by a large margin. With our continued cooperation, what reason do they have to change?

It is difficult for us to preach freedom and equality for all people when we ignore human rights violations that occur within our own bases. It seems apparent that “give me your tired, give me your poor,” only applies to those are residing within our borders.

It makes sense for us to question our morality and ethics as a nation. Where do we draw the line? Do we fight for the rights of others, regardless of nationality, in order to maintain our ethical code? Or do we maintain our military might and strategy across national borders, regardless of how the nation operates?

We want to maintain our influence and force in every strategic place possible, but we should make more of an effort to influence positive change and opinions in the countries we share resources with and inhabit.