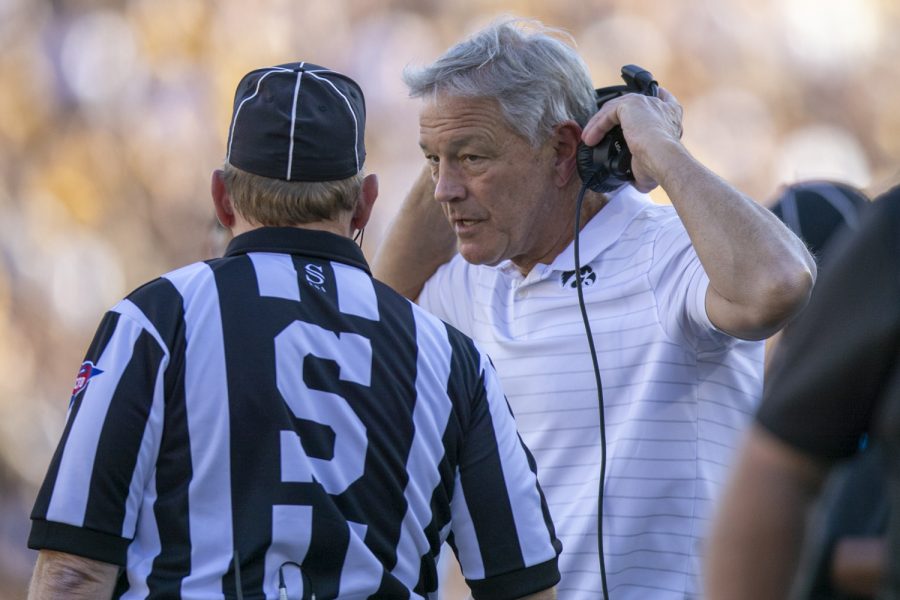 Iowa head coach Kirk Ferentz talks with an official during a football game between Iowa and Colorado State at Kinnick Stadium on Saturday, Sept. 25, 2021. The Hawkeyes defeated the Rams 24-14.

The Iowa football team is ranked No. 5 in the Associated Press’ poll for the third week in a row.

But unlike the last two weeks, the Hawkeyes are no longer the highest-ranked team in the Big Ten. Alabama is No.1 in the poll again, followed by Georgia, Oregon, Penn State, and Iowa to round out the top five. The Nittany Lions jumped up two spots from last week’s poll to become the top-ranked team in the conference in Week 5. Iowa State dropped out of this week’s poll after losing to Baylor on Saturday.

Iowa is 4-0 on the season and defeated Colorado State, 24-14, at Kinnick Stadium on Saturday. Below is the full Week 5 poll.