Guest Opinion | The Doctor is in: Notice the red flags for suicide on campus

College students are at higher risk for suicide, and knowing the risks and signs can help save lives. 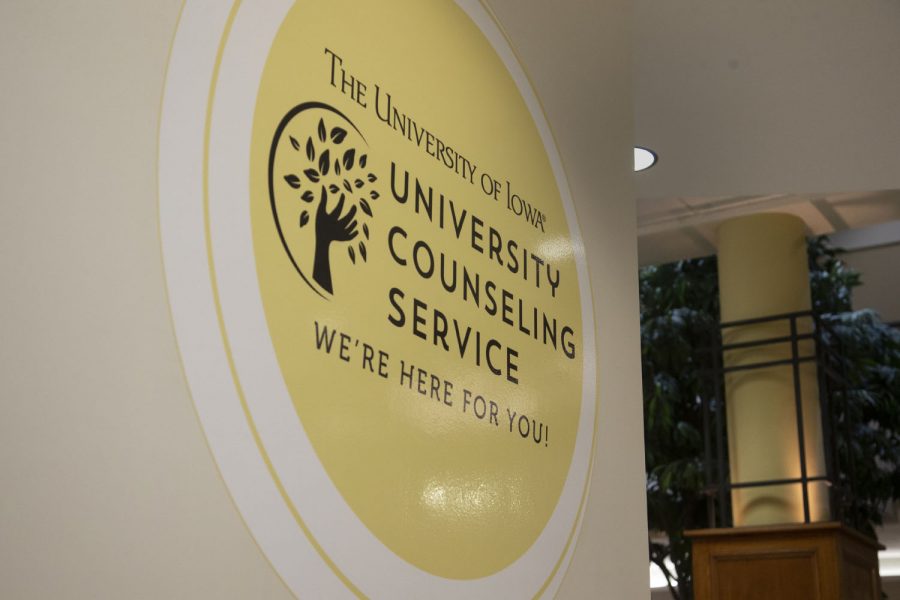 The University Counseling Services office is seen in the Old Capital Mall on Monday, February 17, 2020.

Talking about suicide and its impact is often taboo. However, its occurrence is all too common to go undiscussed. To prevent suicide and help people suffering with suicidal ideation, we need to better educate ourselves on the signs and available resources that can prevent suicide.

These statistics can be overwhelming and alarming, but suicide is preventable, and mental health resources are accessible through the community and the university.

At the beginning of the 2021-22 academic year, the University of Iowa College of Dentistry lost a classmate, Ross Westercamp, to suicide. The tragic and preventable loss of one of our own has been very difficult, and many are still trying to process the pain of losing someone they knew.

National Suicide Prevention Week was Sept. 5-11. The dentistry college hosted its second annual Suicide Prevention and Awareness Week, implemented by the counseling office and its student advisory board. Multiple events were held throughout the week that included a screening of the Do No Harm documentary.  This documentary, which detailed the harmful impacts of burnout and depression on physician mental health. The week also included suicide-prevention workshops, Green Bandana suicide prevention trainings for students and faculty, and an opportunity for anyone in the building to write messages of hope.

To prevent suicide, you need to learn to notice the red flags. Red flags include but are not limited to: being in a high-stress environment like college, having a mental health disorder, substance abuse (including alcohol), extreme mood swings, hopelessness, loss of relationships, and lack of social support among others.

A more comprehensive list can be found at the Suicide Prevention Lifeline website. If you or someone you know are expressing any of these risk factors, including thoughts about wanting to die, feeling hopeless or trapped, self-isolating, or increased substance use, please reach out for help. A list of resources on campus with brief descriptions can be found below.

Do Not Be Silent. Suicide is not inevitable. Suicide is preventable. There is always hope.