The Hawkeyes will play Indiana and Purdue in the Hoosier State on Thursday and Sunday, respectively. 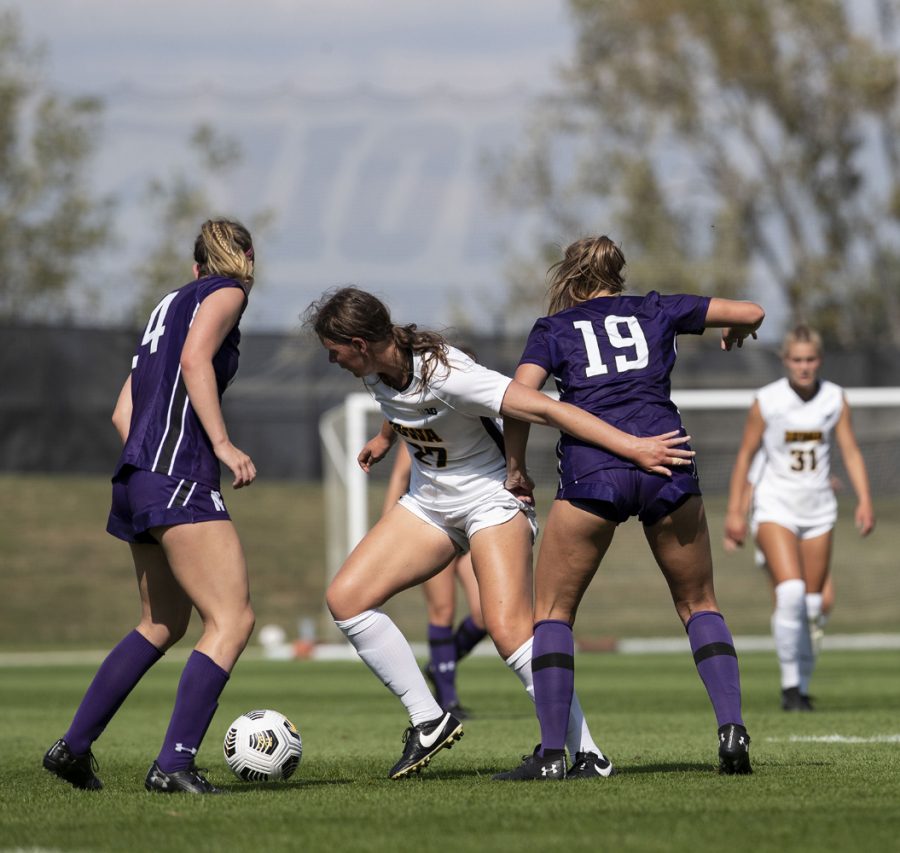 Iowa soccer downed Northwestern, 2-1, at the Iowa Soccer Complex in Iowa City last Sunday. The game was the Hawkeyes’ first against a Big Ten opponent in 2021-22.

Today, Iowa will travel to Indiana for its first road game against a Big Ten foe. The 7-1-1 Hawkeyes will face the 6-2-1 Hoosiers at Bill Armstrong Stadium in Bloomington at 7 p.m.

From Bloomington, the Hawkeyes will trek to West Lafayette, Indiana for a matchup with 6-1-2 Purdue.

“I think both [teams] are very disciplined, defensively,” DiIanni said. “They do not give up very many goals, and so the margin of error offensively is going to be small, and when we create chances, we got to capitalize on those chances.”

Through nine matches, the Hoosiers have averaged 0.33 goals allowed per match — the second-fewest in the Big Ten. The Boilermakers have given up 0.78 goals per game in nine matches this season.

In comparison to the two Hoosier State teams, the Hawkeyes have allowed 0.56 goals per contest in 2021-22.

In their Sept. 19 matchup with the Wildcats, the Hawkeyes surrendered a goal in the 61st minute. Iowa proceeded to put up two quick scores several minutes later.

“It’s definitely nice knowing we were able to score those two goals quickly,” Hawkeye midfielder Hailey Rydberg said. “I think we need to take that momentum going into Indiana and Purdue and try to do that but maybe just a little bit sooner so that we don’t go down a goal first and coming out on top scoring early that’s always a great way to start a game.”

Senior defender Olivia Hellweg said the Hawkeyes need to come ready to play this weekend because they want to show the league that the Big Ten title they won last year wasn’t a fluke.

“We have had so much time leading up to this to build back up and having additions come in, and I think it’ll definitely be very crucial to perform well this coming weekend,” Hellweg said.

This week, Iowa has a chance to gain some momentum with more than a month of Big Ten games still to be played.

“I think we’re confident in who we are and our roster,” DiIanni said. “I think the Big Ten games are very challenging and we talked a lot about stealing points on the road so that we can continue to build progress as we move forward.”