Ellen van der Plas, Univeristy of Iowa assistant professor of psychiatry, has continued her research on the brains of young cancer patients and survivors as she looks to uncover how children with cancer’s brains change because of rigorous treatments like chemotherapy and radiation. 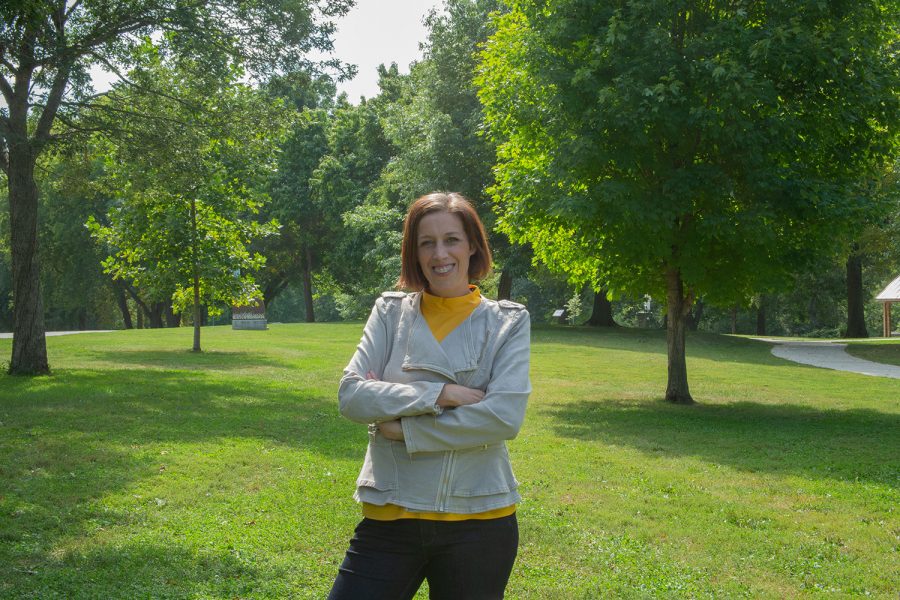 University of Iowa researchers are continuing to provide creative methods to improve the quality of life for young cancer survivors — a practice started by the UI College of Psychiatry one year ago.

Ellen van der Plas, assistant professor of psychiatry within the UI Carver College of Medicine, is leading research that studies the brains of children who have survived cancer. She said parents have been very willing to allow their children to participate in this research because they see firsthand how difficult childhood cancer is, and they want to help future generations of children who are diagnosed with cancer at a young age.

She said 92 percent of the families she has approached have joined the study.

The COVID-19 pandemic did not allow for parents to extend their children’s involvement in research, van der Plas said. Because recruiting wasn’t as big of a focus in the past year, van der Plas said she was able to focus on recording her research through academic writings.

“We show that leukemia survivors are typically doing just as well in school as their peers,” van der Plas wrote in an email to The Daily Iowan. “…but that there are certain risk factors associated with poor performance, such as exposure to cranial radiation and lower socio-economic status.”

The research uses a space-themed MRI machine to study the brains of children who have or have had leukemia. It also seeks to understand how chemotherapy and radiation treatments affect children’s brain development, as previously reported by the DI.

Van der Plas said looking at the long-term outcomes was not feasible even a few decades ago. Because over 90 percent of children who are diagnosed with leukemia live, she said, researchers are now in a privileged position to look at these long-term outcomes.

“A lot of these kids, they survive,” van der Plas said. “We want them to have the same quality of life as their peers who didn’t have cancer.”

Van der Plas said her three children have influenced how she thinks about children’s minds because she sees how much is going on in their brains from a young age.

“When they’re born, they’re just these creatures that know very little — do very little,” van der Plas said. “And then within a matter of years, months even, they transform.”

Jill Freeland, a child care specialist at UI Hospitals and Clinics, said she has worked with children her entire life. She said her role involves helping children cope with stressful experiences that are most commonly seen in the hospital.

“We help to normalize the environment,” Freeland said, “making sure they have things to play with, making sure that they have whatever they should have at their age to develop normally even though they’re in a different environment.”

Freeland said her work is all about being a child’s friend and their go-to person for anything that they might need during their time at the hospital.

She added that it can be very important to help young patients understand what’s going to be done to them during procedures like an MRI. By explaining it in a kid-friendly way, Freeland said, specialists can help children be less afraid of a medical procedure.

“We’re saying that we’re not forcing you into our health care world, but we’re going to enter into your world and make this something that you can understand,” Freeland said.

UI Department Chair of Psychiatry Peggy Nopoulos said van der Plas’ work is asking simple questions that nobody has thought to ask in hopes that the answers will help them understand how treatment transforms young brains, with the goal of ultimately making treatment less harmful.

“Knowledge is power,” Nopoulos said. “Understanding more about kids’ mental state, whether that is their thinking skills or behavior, those are important aspects of their life just as much as any physical disease or anything that impacts them.”