The Hawkeyes are currently in first place in the 2021 Big Ten Conference standings. 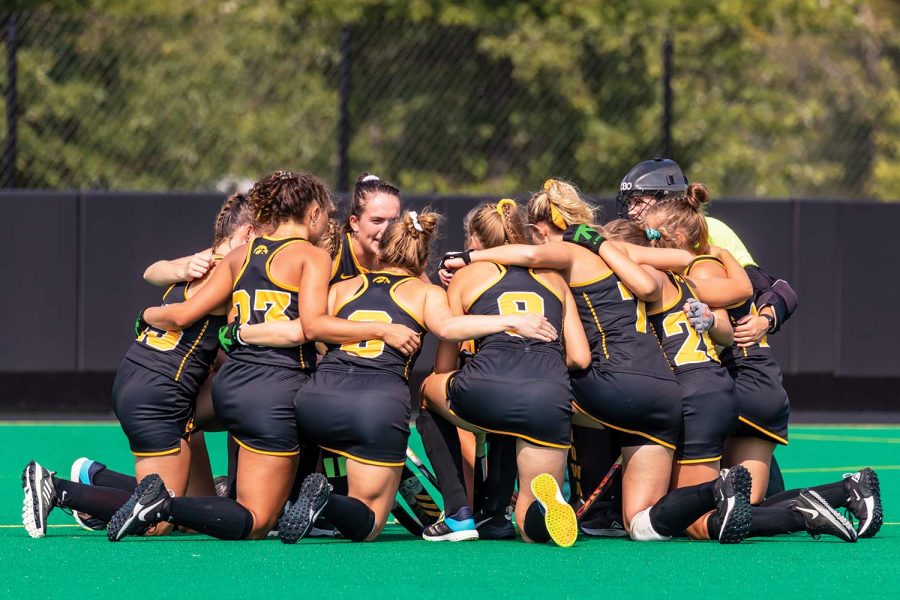 In one of its most dominant seasons to date, the Big Ten Conference had a whopping eight teams ranked in the National Field Hockey Coaches Association’s top 25 poll on Sept. 14. Six of the eight Big Ten squads ranked in the poll found their way inside the top 10.

“[The Big Ten is] demonstrating how good [it] can be top through bottom,” said Michael Boal, associate head field hockey coach at the University of Iowa. “It’s going to be competitive conference play, and each and every game is going to come down to the fine margins and details.”

The Big Ten proved its mettle against other leagues during the nonconference season. In the Big Ten/ACC Challenge, the Big Ten swept the ACC.

Iowa won its two Big Ten/ACC Challenge games against Wake Forest and North Carolina on Aug. 27 and 29, respectively. The Hawkeyes beat the Demon Deacons, 5-3, and downed the then-No. 1 Tar Heels, 3-1.

“It’s going to be a really close battle, and this year’s going to be even closer,” Boal said. “When you see the teams on paper, and what we’ve seen so far from the games played, it makes for an exciting Big Ten as a whole.”
Having run through the Big Ten gauntlet and finished with a 5-3 league play record last year, Iowa feels prepared for conference action this season.

“It’s probably going to be similar this year — there’s a lot of teams with some great players,” fifth-year senior midfielder Ellie Holley said. “Everyone’s fighting for first place, so we have to take it a game at a time.”

Michigan appears to be the early favorite to win the Big Ten in 2021. The Wolverines are currently ranked No. 1 in the NFHCA Poll and boast a 6-0 record on the season.

Michigan lost several of its seniors in the offseason via graduation, but the Wolverines did retain one of their top 2020 goal-scorers, Halle O’Neill. O’Neill put the ball in the back of the net on three occasions last season.

Northwestern also raised some eyebrows during the nonconference season, earning a 4-0 victory over then-No. 6 UConn. The Wildcats currently boast an 8-1 overall record.

All three of Northwestern’s 2020 All-Americans returned for the Wildcats’ 2021 campaign, including Bente Baekers, who scored four times in three games against the Hawkeyes last year.

“It’s so exciting to be a part of a conference that is really excelling in field hockey and love playing all the teams in the conference,” UI fifth-year senior Maddy Murphy said.

Iowa will seek its second conference title in three seasons in 2021. The Hawkeyes kicked off their Big Ten Schedule with a 3-0 win over Indiana Sept. 17.

Iowa will take on Penn State twice this weekend at Grant Field in Iowa City — once on Friday and once on Sunday.