Though the proposed facilitator had support from the Truth and Reconciliation Commission, councilors voted down the proposal because the firm was from out of state. 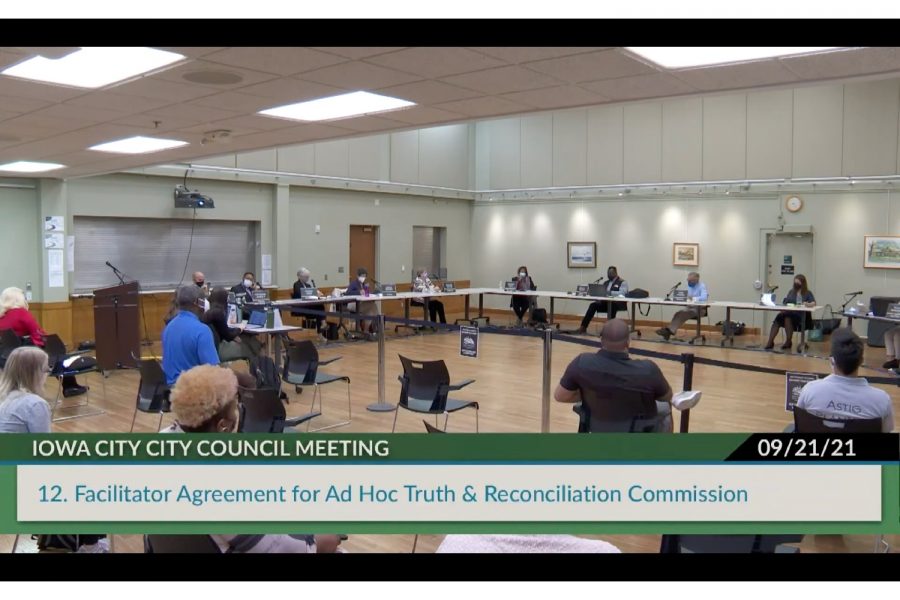 The Iowa City City Council did not advance a proposal from an out-of-state consulting firm to facilitate the city’s Ad Hoc Truth and Reconciliation Commission, despite the facilitator having support from the commission.

The council voted 4-3 to reject the proposal from Kearns & West, a collaboration and strategic communications firm. The firm was the only application the city received for the facilitator role.

On Sept. 7, the council voted to appropriate just under $200,000 to hire a facilitator to support the commission in its work.

The Truth and Reconciliation Commission members also asked to be compensated for their work in their proposed budget, but councilors have been reluctant to approve that proposal.

Truth and Reconciliation Commission Chair Mohamed Traroe said that after a long discussion and interviewing the applicant and its references, the commission found that Kearns & West had a record of succeeding in working with truth and reconciliation commissions.

“When it came to this actual group, they have successfully worked with communities all across the country and all over the world, and they are continuing to keep those connections,” he said.

The main concern some public commenters expressed with the application from Kearns & West was that the group is from outside the Iowa City Community.“We have local experts. We do not need to reach outside of the community,” Selena Martin, CEO of HELP HOPE AND LOVE Foundation said during public comment.

The possibility that the facilitator would be from outside the community was discussed by councilors in the Sept. 7 meeting.

Mayor Bruce Teague was hesitant to speak to the proposed facilitator because the discussion was about whether the facilitator should come from outside the community.

“I’ve said it time and time again. We need to restart, reimagine how we get the goals set forth by the TRC, I am not giving up. I am fully dedicated to the goals of the TRC,” Teague said.

“We tried the facilitator once, we’re trying it again, we paused the commission, we reconstituted the commission, and as one of the decision-makers sitting here, I do not trust us to try it a third time,” she said.