While the women's team topped the leaderboard, the Hawkeye men’s country team finished the event in third place. 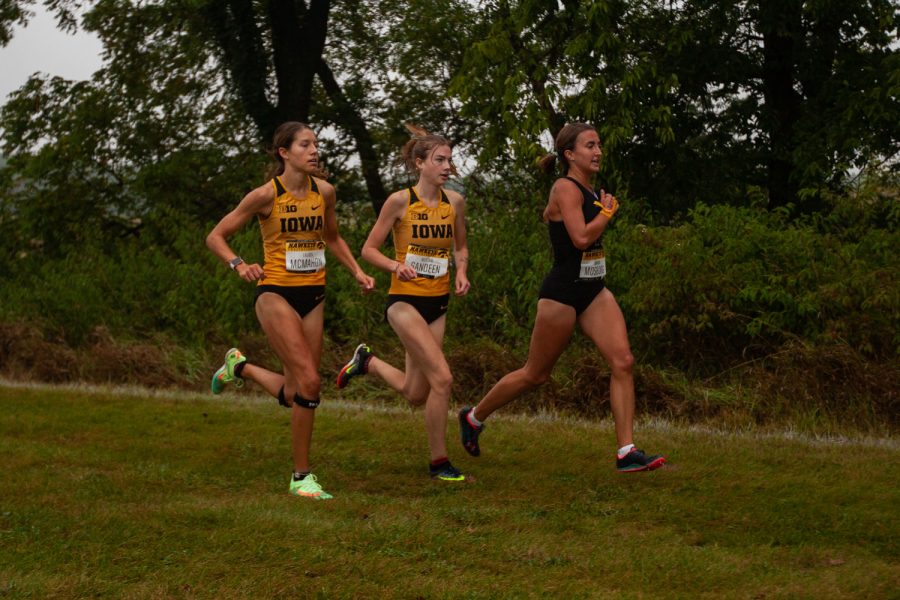 The Hawkeye men’s cross country team placed third in the 8,000-meter at the Dirksen-Greeno Invitational. The race was nearly 2,000 meters longer than the first one Iowa ran in the Hawkeye Invitational at the Ashton Cross Country Course in Iowa City on Sept. 3.

“I was very excited for our women’s team,” Hawkeye head coach Randy Hasenbank said. “We competed well as a team, and a 13-second gap is impressive. They knew what needed to be done on the course today in order to reach their team goals by the end of the season. “Today was a big step in the right direction. Kelli [Tosic], Gabby [Skopec] and Emma [Gordon] are doing a great job with training and racing in regards to bringing our young runners along.”

“On the men’s side, Nick [Trattner] and Noah [Healy] competed very well in their first cross country race in nearly two years,” Hasenbank said. “Our youth and lack of experience showed with the younger runners. They have only raced 5K in high school, so 8K is a big jump. We have a talented, young group. We just need a little more seasoning in these long races.”

RUNNING AS A PACK

The Hawkeyes’ next race will come in Columbia, Missouri, at the Gans Creek Invitational Oct. 1. The meet’s men’s and women’s events will both begin at 10 a.m.