After a summer of little rain, Johnson County farmers are waiting to see how their crops yield. The weather has made it difficult to judge how the crops are growing and is a worrisome aspect of the upcoming harvest. 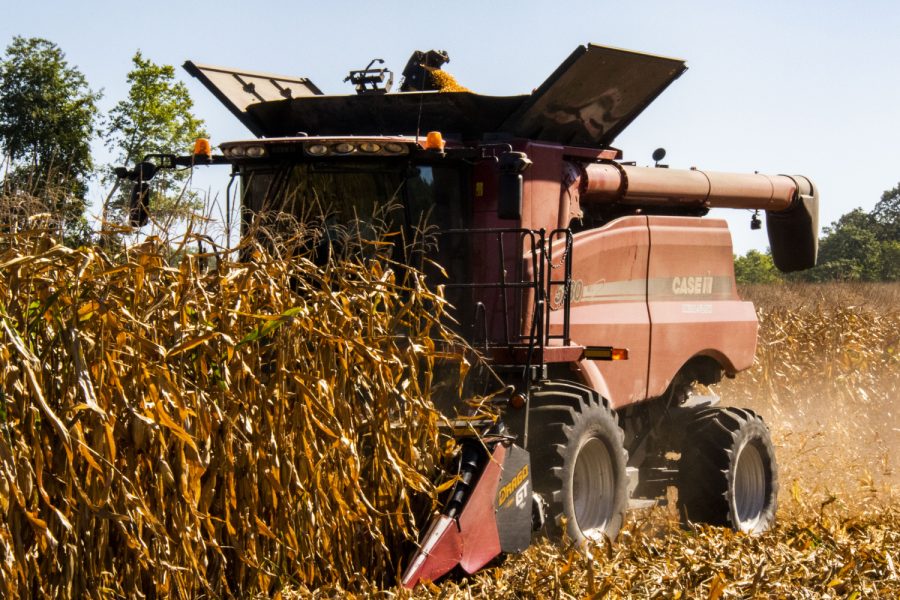 The fluctuating weather in Johnson County and its surrounding area has created uncertainty in local farmers regarding the well-being of their crops.

The weather has been a concern, especially the little amount of rain, said Steve Swenka, farmer and rancher of Double G Angus Farms in Tiffin.

“I think I saw the latest forecast numbers were between six and a half and seven inches below normal for the year so far,” Swenka said. “We’re just on the doorstep of beginning harvest. We’re just waiting to see how the drought conditions will impact our crops.”

The essential part to his farm and ranch is having enough pasture for his cattle, he said.

“All summer long we didn’t have a lot of rain, but [it] came in a timely manner,” Swenka said. “So far the pastures have been holding on pretty good.”

Darrell Schulte, who has cornfields near Swisher, said that the weather has been a concern for him as well with the lack of rain.

The Archer Daniels Midland Corn Processing Division of Cedar Rapids, a dry corn milling plant, is taking the crops that are being harvested now despite the weather, Schulte said.

“I don’t even have to take [the crops] to my place and unload it, dry it and load it back up and take it to them, they are doing the drying themselves,” Schulte said.

Don Jansa, Schulte’s brother, added, “They are also paying a dollar more per bushel, even wet like this as long as we get it there by Sunday.”

“I can’t think of any specific items that were lacking because of weather related issues,” Krogh said. “In August we went for a good spell without any rain. I haven’t noticed any issues with supplies coming in.”

The beginning of the harvesting season is when farmers will be able to identify how their crops are doing, Swenka said.

“It’s hard to believe the crops look as good as they do for a relatively small amount of rain we did receive over the summer,” Swenka said. “We’re still optimistic. We’re hoping for a bountiful harvest.”

Jeff Sigmund contributed to this report.