The Hawkeyes are 3-0 on the season after Saturday's win, and fans are loving it. 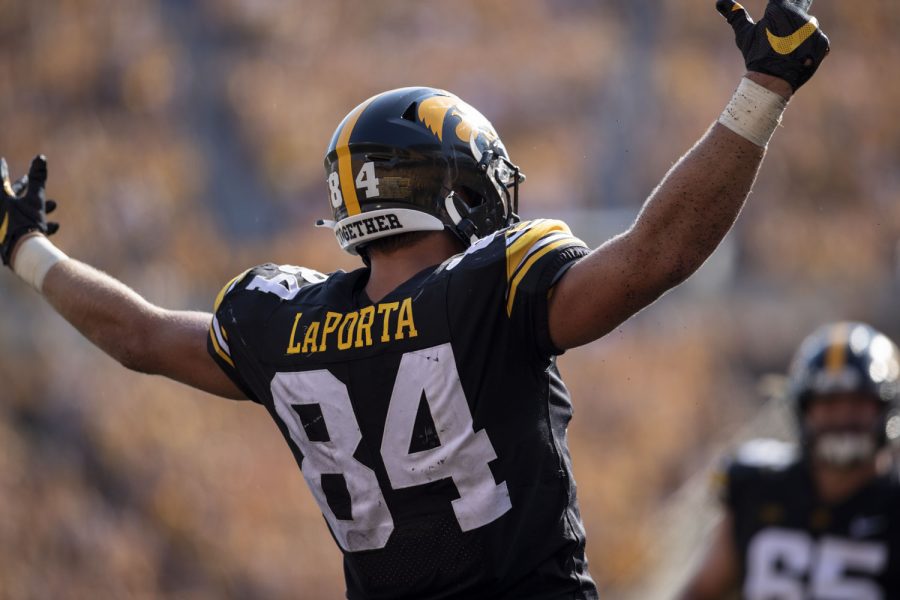 Iowa tight end Sam LaPorta celebrates a touchdown during a football game between Iowa and Kent State at Kinnick Stadium on Saturday, Sept. 18, 2021. The Hawkeyes defeated the Golden Flashes with a score of 30-7.

The No. 5 Iowa football team improved to 3-0 on the season and extended its winning streak to nine games with a 30-7 win over Kent State at Kinnick Stadium on Saturday.

Hawkeye fans are loving the start that their team is out to so far in 2021.

Here are some of the Twitter highlights from Iowa’s victory.

New career highs in both yards (153) and TDs (3)#Hawkeyes pic.twitter.com/CChJv09k4s

people are saying this more and more https://t.co/FC0ctkLOFg

That’s a win. We like wins. Onward! #Hawkeyes pic.twitter.com/kUMj356S9t

Quick look through of Iowa vs Kent St, something @hawkeyepodcast said really sticks out: You can see the good throws coming from QB7 without even watching downfield action, it’s in his mechanics. Best illustration of this I saw was a 3 play sequence in 2nd Q

Defense making plays. What else is new? 😤

Best in the business. pic.twitter.com/MjudWmrc2i

Most career completions by punters under Ferentz: