By suing the state of Texas, the Department of Justice sends the message that they’ll protect the constitutional right to an abortion. 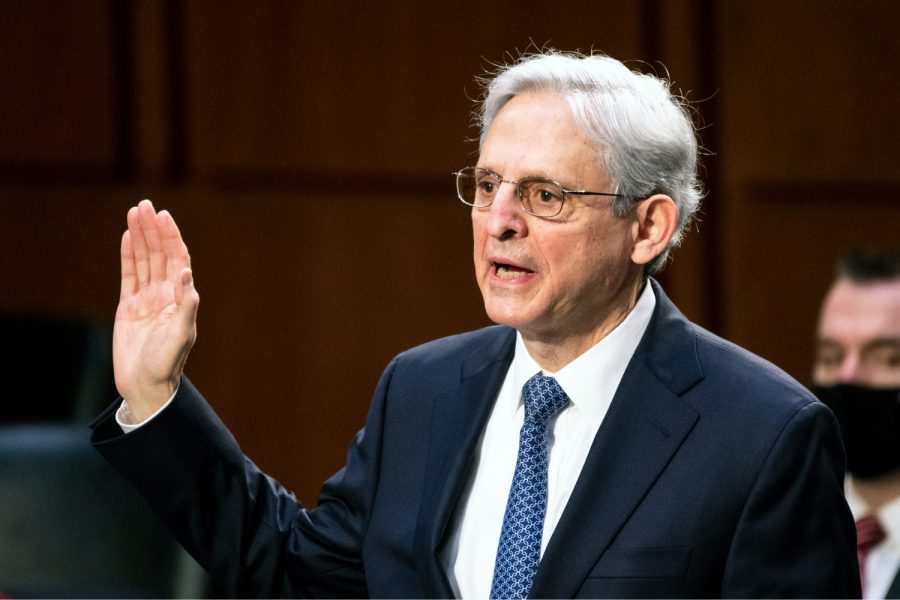 Judge Merrick Garland, nominee to be Attorney General, is sworn in at his confirmation hearing before the Senate Judicary Committee, Feb. 22, 2021 on Capitol Hill in Washington.

The U.S. Department of Justice is prioritizing a commitment to the Constitution which gives the right to an abortion.

The U.S. Supreme Court made the wrong decision in refusing to block the Texas abortion law, as Justice Stephen Breyer and many other legal experts have said. In opposition, U.S. Attorney General Merrick Garland contends that the law is unconstitutional, and the Department of Justice is now pursuing appropriate action in bringing a lawsuit against the state of Texas.

While the Supreme Court dropped the ball, the Department of Justice and Garland have stepped up to sue Texas and intervene in a powerful way. The federal government is acting in the interest of women across the country and in favor of upholding our constitutional rights.

The U.S. Supreme Court case, Roe v. Wade, has served as legal precedent to guarantee the right to an abortion ever since the decision in 1973. Various decisions have been issued in the years since Roe, affirming a woman’s constitutional right to privacy regarding her reproductive health choices.

The decision in Whole Woman’s Health v. Jackson, handed down by the highest court in the land on Sep. 1, allowed SB 8 to go forward in Texas. The law bans abortions at six weeks, meaning women have only two weeks after a missed period to consider their options and get an abortion, if they so choose.

SB 8 is an effective ban on most abortions, but Texas can get away with it because of the parameters in which citizens, not the state, enforce the policy. $10,000 rewards are offered for a successful lawsuit against any individual who performs an abortion or assists someone in obtaining one.

The law is clearly atrocious, and the Supreme Court decision has raised a multitude of questions, from the dissenting Justices, legal scholars, and concerned citizens across the country. Justice Sonia Sotomayor called the law, “flagrantly unconstitutional” and said she was stunned by the court’s order.

As noted in the lawsuit filing, the President has the responsibility to ensure that our laws are “faithfully executed.” Garland was right in attacking the law as “a scheme to nullify the Constitution of the United States.”

It’s particularly sad that Gov. Greg Abbott and the Texas state legislature think it’s a valuable use of their time to pass laws corrosive to the Constitution in hopes of controlling women’s bodies, especially during pressing crises like COVID-19. The implications on women in Texas are harmful, and the potential for other states to attempt to implement such restrictive laws is amplified. The Supreme Court failing to uphold our constitutional rights, despite admitting the law raises questions of unconstitutionality, is disheartening.

In response to open defiance of the Constitution and a failing by the Supreme Court to correct it, the Department of Justice has made it clear that it won’t be an idle bystander. The attacks on a woman’s right to choose are unrelenting. In this decision to sue the state of Texas, the Biden Administration is showing that it’ll be equally relentless in ensuring women their constitutional right to an abortion.