The Iowa football team’s third Kid Captain of 2021, Galilea Gonzalez, will have her first Hawkeye football experience at the Iowa vs. Kent State game. 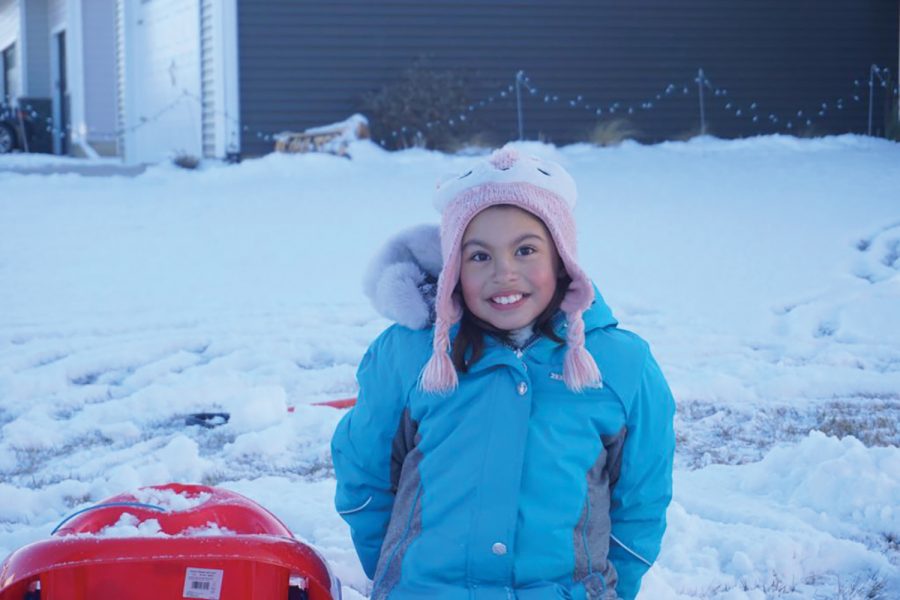 Pedro Gonzalez nominated his 10-year-old daughter, Galilea Gonzalez, to be a Kid Captain two years ago because of the resiliency she showed at a young age.

Galilea will take the field on Saturday with her family as the third Kid Captain of the Hawkeye football season after the Kid Captain tradition was disrupted last year because of the pandemic.

Galilea was born two weeks early in 2011 because her heart rate was dropping during a pre-birth stress test. Her mother, Selene Leon, said Galilea was airlifted to the University of Iowa Stead Family Children’s Hospital after she was born.

Stead Family practitioners performed an atrial septostomy, which kept an opening between the upper two chambers of her heart.

At one week old, Galilea had another corrective surgery.

Pedro said his family’s 21-day stint at the hospital was a positive experience because of the support they received from hospital staff.

“I think, more importantly, you always value the role of the health workers and doctors and nurses greatly when you get to see it 24/7,” he said. “It’s like when you realize how much impact they make in the lives of kids, in this case, at that hospital.”

Selene said doctors at the Stead Family Children’s Hospital helped create a birth plan at the beginning of her pregnancy.

“So, we started going to Iowa City when I was pregnant. Even before she was born, she had great support,” Leon said.

Pedro said Galilea is fortunate to have a pediatrician and cardiologist, Samir Chandra, who is a 10-minute drive away from them in Waterloo.

“He has these weekly conferences with UIHC, so he shares Galilea’s case with a specialist over there and the status,” he said.

RELATED: Will to win: How Iowa’s Tyler Linderbaum became the nation’s best center

Galilea is in the fourth grade and her family lives in Cedar Falls. She said her grandma flew in from Mexico on Thursday. She said she and her family speak Spanish in the house.  She added that her aunt, uncle, and godparents from different states are attending the game on Saturday, as well.

Outside of school, Galilea said she likes to write stories.

“I write about my cousins, my little brother, and sister,” she said.

Galilea keeps active by riding bikes, playing softball, tennis, and is planning to start volleyball. But, she said her favorite sport is gymnastics.

She said her teacher showed a video about Galilea’s Kid Captain experience in school last week.

“One of my teachers that goes to our classroom, like she helps someone in my class that has a wheelchair, she speaks Spanish and we know each other, and she was very excited,” Galilea said.

Leon said Galilea couldn’t attend the “Kids Day” that Kid Captains get to go to in August, but she got her No. 1 Hawkeyes jersey in the mail and was elated.

“It’s a great way to celebrate her life, to celebrate good health, and also to show our appreciation to the University of Iowa hospitals,” she said.

Pedro said the most interesting thing that a doctor has told him is to remember that Galilea’s case, while rare, was a “lucky” heart defect to have.

“I still remember because it’s very interesting to say. The way he put it was like, ‘If you were to choose a heart defect, this is the one you choose,’” he said, “You don’t realize how you go through everything. This was really hard for us. You can’t imagine every other condition because not everyone has positive outcomes.”