Johnson County currently is part of the 2nd Congressional District, but that could change in the redistricting process. 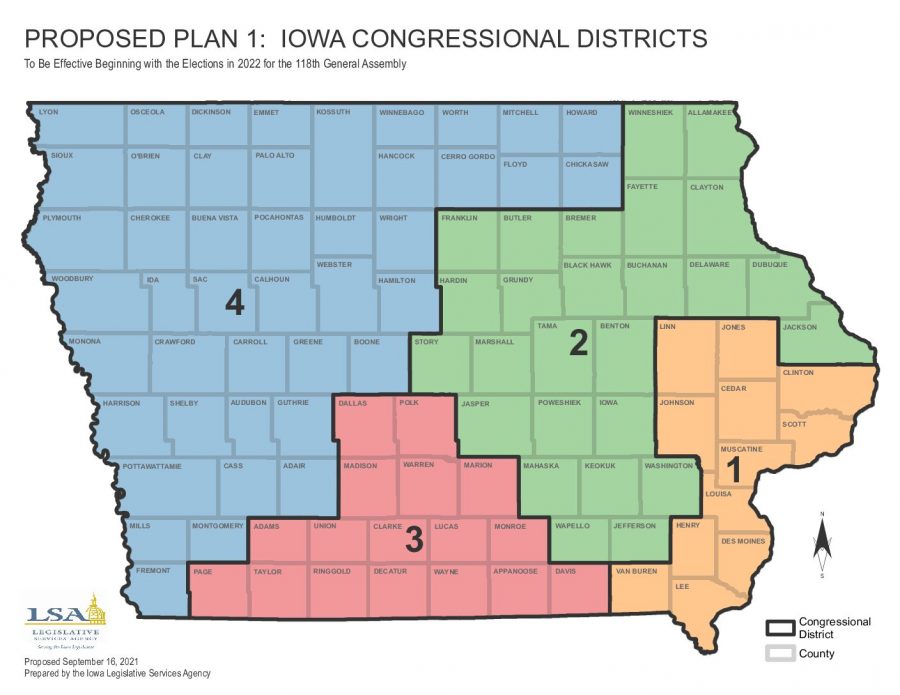 The reconfigured 1st District also includes Linn and Scott counties, which puts three of the six counties that voted for President Joe Biden in the 2020 presidential election in the same district.

Legislative Services Agency is a nonpartisan group responsible for proposing the maps. Gov. Kim Reynolds has called a special session to convenience Oct. 5 for lawmakers to consider and enact a plan of legislative and congressional redistricting. According to the Iowa Supreme Court, legislators have until Dec. 1 to prepare the apportionment.