After a successful meet on the Hawkeyes’ home course, Iowa will travel to Lincoln, Nebraska, for its second outing of the season. 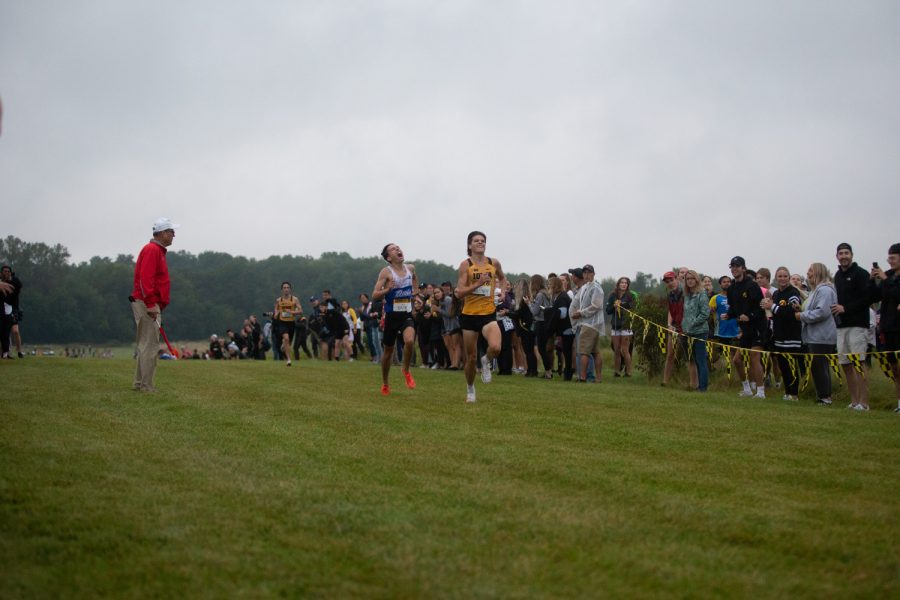 Junior Nick Trattner, who placed second as an individual and ran the 7th-fastest 6,000-meter time in UI history at the Hawkeye Invitational Sept. 3, expects teams like Air Force and South Dakota State to challenge Iowa this weekend.

“It is going to be nice to work off of others,” Trattner said. “At the home opener, I was kind of taking charge, but I’ll probably just sit back and stay comfortable, and if I feel good, I’ll move up.”

This weekend at the Dirksen-Greeno Invitational, the Iowa women’s cross country team is aiming to build on its third-place performance at the Hawkeye Invitational. Four of Iowa’s runners finished between 10th and 20th place at the Hawkeye-hosted event Sept. 3 at the Ashton Cross Country Course in Iowa City.

“I think we are going to try to continue what we did the first time by trying to stay together, seek the front, and move as a unit,” sophomore Kelli Tosic said. “We did that really well in our first meet and we are just going to try to improve upon that.”

The Dirksen-Greeno Invitational will also serve as Iowa’s first road meet of the 2021 season.

For some of the Hawkeyes’ 21 underclassmen, the Dirksen-Greeno Invitational will be their first-ever race on the road. Iowa head coach Randy Hasenbank said the Hawkeyes will lean on their nine upperclassmen this week for leadership. Hasenbank added that the group can help prepare Iowa’s younger runners for their first meet on the road.

Despite the youth of his team, Hasenbank still has high expectations for the University of Nebraska-hosted Dirksen-Greeno Invitational.

“It’s a field that we need to get to the front of and compete at a high level,” Hasenbank said. “We have won the meet in the past a couple of times and have won it several times over the past five years, it is a good meet to practice being front-runners.”

This year’s Dirksen-Greeno Invitational will feature 23 teams and begin at 9 a.m. on Saturday with the women’s 5,000-meter. The men’s 8,000-meter will begin at 9:45 a.m. Results will be posted at blacksquirreltiming.com. Admission to the event is $5.

The 2021 NCAA Cross Country Championships are going to be run in Tallahassee, Florida.