Parents in the Iowa City Community School District who signed a petition calling for face masks said they are elated with the recent ruling to mandate masks. 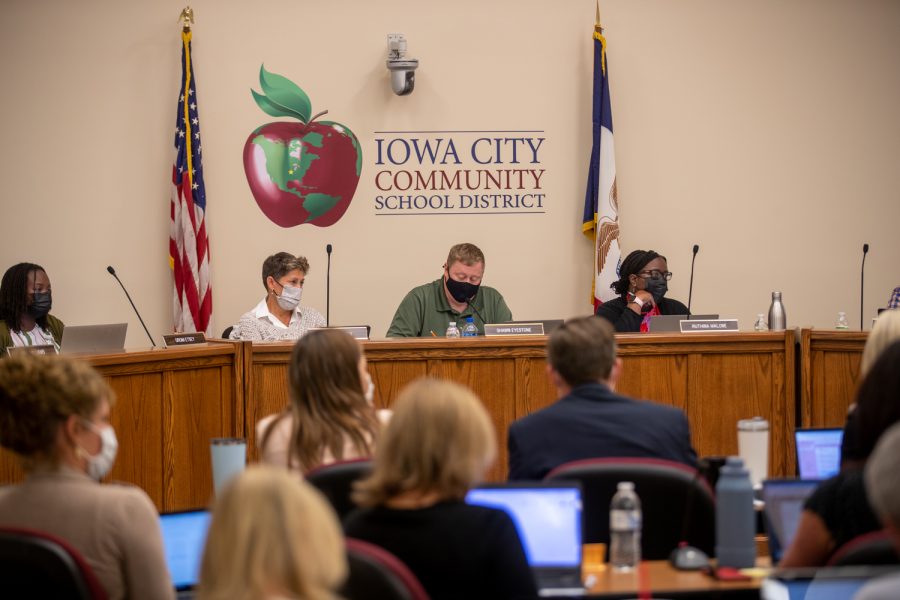 Iowa City Community School District parents who signed a petition asking the school to require masks are happy with the school’s decision to implement a K-12 mask mandate.

A federal judge ruled a temporary restraining order on prohibiting mask mandates in schools Monday, prompting the Iowa City Community School District Board of Education to vote unanimously in favor of the measure.

Brook Easton, an ICCSD parent, expressed her relief on the decision that is now in effect.

“We are so ecstatic, we’re so happy, our entire family is happy,” she said. “It just makes things easier for everyone, whether it comes down to contact tracing, quarantine and all sorts of stuff.”

Easton said her sixth-grader is now at ease.

“It just makes life so much easier and helps the anxiety of my sixth grader,” Easton said.

Emad Abou-Arab, clinical assistant professor of family medicine at University of Iowa Hospitals and Clinics, said he and others were waiting on a lawsuit about mask usage in schools before the judge’s ruling Tuesday.

“We approached the school board with the petition, and we are currently waiting on some court rulings to happen,” Abou-Arab said in an interview with The Daily Iowan before the judge’s ruling.

Abou-Arab said the first UI football home game with few COVID-19 protocols means the county is not “out of the woods yet.”

“We had 60,000 people sitting in a stadium together,” he said. ‘Where there was no mask recommended, or no vaccine card recommended to get into the stadium. The current numbers in Iowa aren’t great and therefore we’re still at risk for not getting a control for this virus.”

“We have to keep putting pressure on our leaders to go above and beyond,” Abou-Arab said.

Jonna Higgins-Freese, an ICCSD parent who was one of the initial signatories for the petition to require masks in the district, said their goal was to let the school board know the community favors masking.

“We were pleased to see the wave of community support for taking this simple and effective measure to prevent the spread of COVID-19 in our schools and in our community,” Freese said.