The Great Plains Center for Agricultural Health’s new podcast aims to help farmworkers understand and avoid hazards in their field based on recent trends and the time of year. 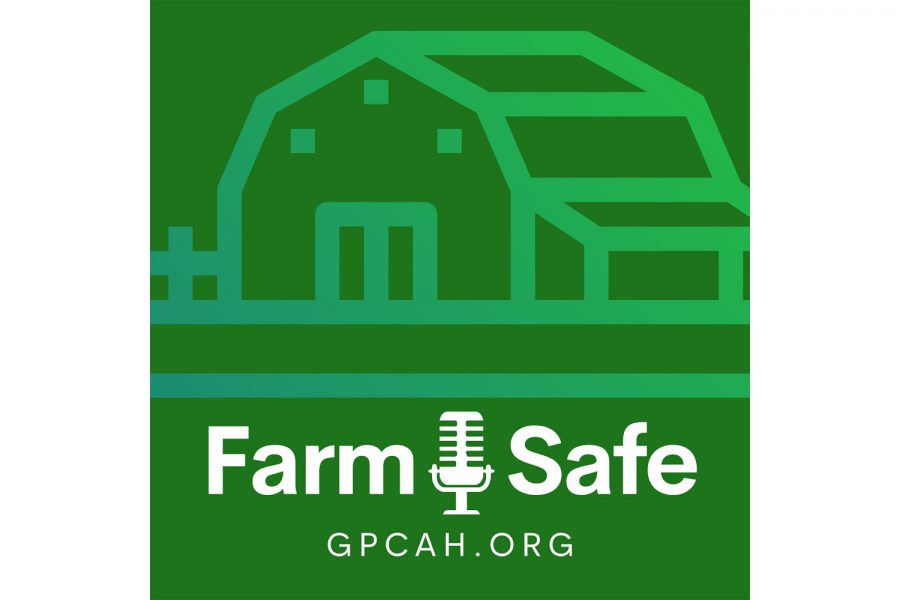 A new podcast created by the University of Iowa College of Public Health’s Great Plains Center for Agricultural Health is helping prevent farm-related injuries and deaths through storytelling and education.

The new FarmSafe podcast is one of the center’s many efforts to promote the health and safety of farmworkers, Podcast Host Kate Crawford said.

She said entering the medium was something that the center considered for a while, but the pandemic was the driving force behind the launch of the podcast.

“A lot of times at the center, part of outreach is we have folks traveling to farm shows, working in the communities, and talking with people,” Crawford said. “When all that travel was shut down, we had to think about ‘How else do we keep these conversations going?’”

Crawford said the center’s topic selection is based on the planting season, and covers the agricultural hazards of the season.

Charles Jennissen, University of Iowa clinical professor of emergency medicine, works with the Great Plains Center for Agricultural Health frequently. He is the guest on episodes two and three of the podcast.

Jennissen said he grew up on a dairy farm in Minnesota where he saw far too many injuries and deaths that could have been prevented.

“As an emergency medicine physician, I saw that I could save more people’s lives, children and adults, by being involved with injury prevention,” he said.

Jennissen said he felt the podcast was a great idea because emphasizes people’s stories and experiences, which is more interesting than someone reading facts.

Crawford said advisers are sent to the nine Midwest states that the Great Plains Center for Agricultural Health serves, and they report on emerging farming hazards in their community. She said advisers’ reports guide the podcast’s topics.

Jenn Patterson, the center’s coordinator, said the podcast can give a face to these educational stories. The stories shared on the podcast, she said, are where guests are essentially providing a cautionary tale to those in agriculture.

The FarmSafe podcast can be a place where some difficult topics can be discussed, Patterson said.

“The most important thing is that people start talking about the topics we’re bringing up,” Patterson said. “It’s really going to be a way to avoid stigma about things like mental health that people aren’t usually comfortable talking about.”

Episodes two and three focused on ATV safety, an area where Jennissen has a personal connection, he said.

He said the story of his cousin and another boy in his community. They rode their ATVs out of their family’s farm field onto a dirt road, where they were subsequently hit and killed by a pickup truck.

“That obviously had a huge impact on our families, my uncle and aunt’s family in particular, but the whole community really,” Jennissen said. “And [it] had really significant effects on the poor neighbor that hit them.”

Jennissen said while some people may see injuries like these as freak accidents, they’re much more common than people may think.

Jennissen said that he hopes episodes like his on ATV safety can have an effect on people’s thinking and behavior.

“One thing about injury prevention is that you never know if you saved a life,” Jennissen said. “But it’s well worth everyone’s time to be involved in trying to prevent these injuries from happening.”