Around the Big Ten: Matchups, power rankings for Week 2 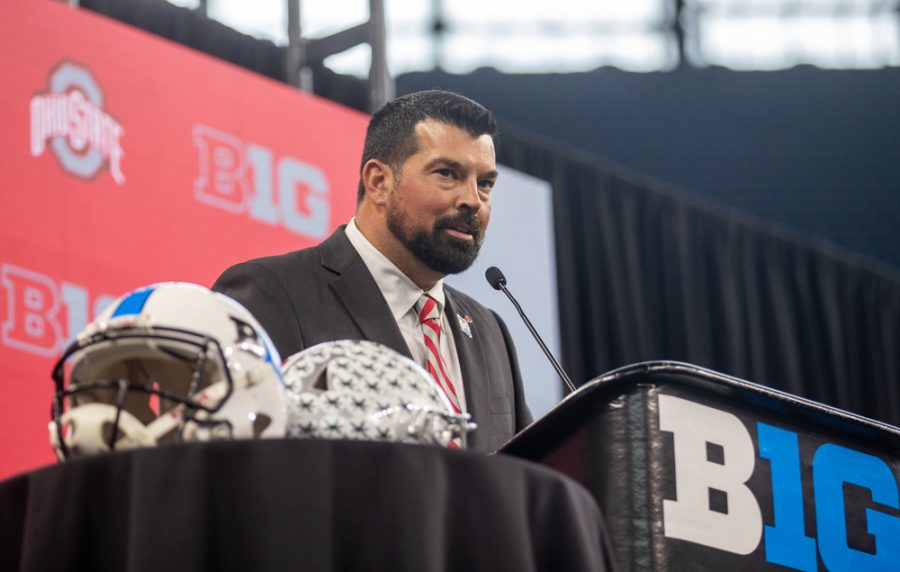 The Daily Iowan’s Sports Editor Austin Hanson ranked all 14 Big Ten football teams and previewed every Week 1 conference contest in Week 2 of Around the Big Ten.

Here are the full rankings, along with start time and betting information for every game.
Week 2 Big Ten Power Rankings

Ohio State — Hard not to put the Buckeyes here every week.
Iowa — I put the Hawkeyes here with a great deal of apprehension.
Penn State — The Nittany Lions definitely can’t beat Ohio State, but they’re still the second-best team in the Big Ten East.
Wisconsin — After one week, I’m still not sure what to make of the Badgers.
Michigan — Are the Wolverines officially back? Probably not.
Michigan State — I don’t actually think the Spartans are good, but they did just beat a team that went to the Big Ten title game last year.
Minnesota — A 14-point loss to Ohio State is more impressive than wins over Temple, Oregon State, and West Virginia.
Purdue — Does a victory over Oregon State count as a quality win?
Maryland — The Terrapins looked good against West Virginia, but that doesn’t say much.
Indiana — The Hoosiers aren’t as good as we thought they were.
Rutgers — I still think the Scarlet Knights are bad — even if they beat Temple by 50 last week.
Northwestern — You can’t lose to Michigan State and expect to be ranked highly on this list.
Illinois — I thought Illinois turned a corner when it beat Nebraska. Then, the Illini lost to UTSA.
Nebraska — The Cornhuskers won by 45 points last week, and they’re still at the bottom of this list.

What we have here is a matchup between two bad teams that use the same color schemes for their logos and uniforms.

ESPN’s College GameDay is not coming to your city, Ohio State.

Minnesota is playing a team from Ohio for the second-straight week. The Gophers will probably beat this Ohio-based squad though.

Larry Bird played for Indiana State from 1974-78. That has nothing to do with this game, but it’s all I know about Indiana State.

This a matchup between two teams that were, and still should be, in the Big East Conference.

Purdue should win this matchup between two basketball schools with ease.

Ball isn’t a state. Last time I checked, Pennsylvania is.

Iowa punt and kick returner Charlie Jones used to play for Buffalo, so the Bulls can occasionally get “Power 5” talent on their roster. Perhaps the Cornhuskers are on upset alert this week.

ESPN’s College GameDay will be at this game. Sorry Buckeyes and Ducks.

Eastern Michigan vs. No. 12 Wisconsin

Eastern Michigan is a dangerous team. The Eagles beat Illinois by three points last year, which isn’t that impressive, but the Illini are in the Big Ten.

We have the kick time and television network listed for this game, not that many will tune in.

No. 20 Washington vs. Michigan

The Huskies were overrated in the AP Preseason Poll this year, a right traditionally reserved for the Wolverines.