The Hawkeyes moved to 1-0 on the season with a 34-6 victory over the Hoosiers. 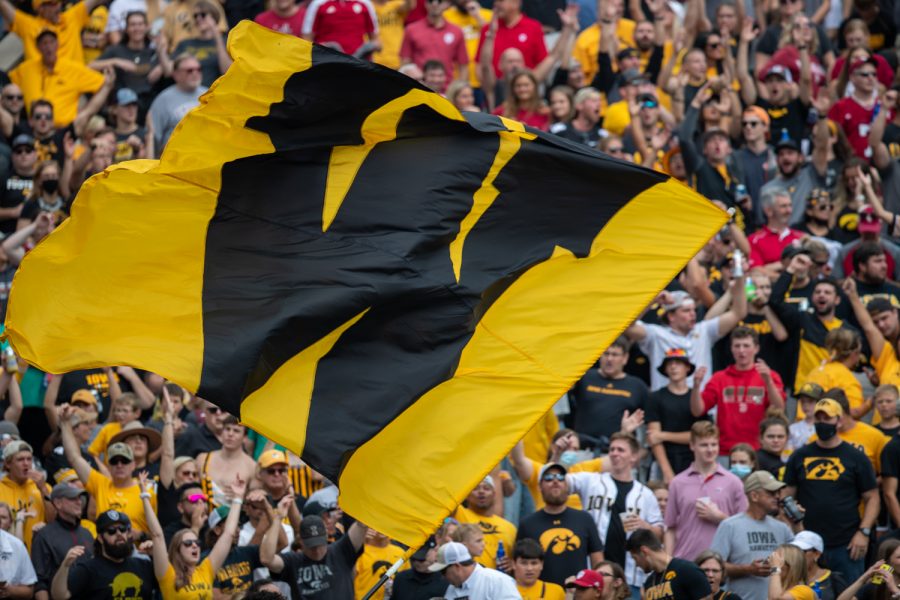 A W flag flies before the game during a football game between No. 18 Iowa and No. 17 Indiana at Kinnick Stadium on Saturday, Sept. 4, 2021. The Hawkeyes defeated the Hoosiers 34-6.

Hawkeye fans were plenty vocal in cheering on Iowa from inside Kinnick Stadium. But they also had plenty to say on Twitter as the game unfolded and finally ended.

Not even the most embarrassing thing Indiana put on the field today, tbh https://t.co/VlK93FGzyd

Very impressed by their focus out of the gate today. Definitely came ready to play. Hopefully they bring that same energy next week in Ames. Strong performance and just enough imperfect play here and there to give the coaching staff room to work this week. 1-0. Onward. #Hawkeyes pic.twitter.com/4dkZRkBmN3

Heaven. No beer. Kinnick out of beer. Correlation? Yes.

If Riley Moss isn’t National Defensive Player of the week, then let’s just cancel the season.