The program also made the trip to Ames for the 2019 CyHawk game. 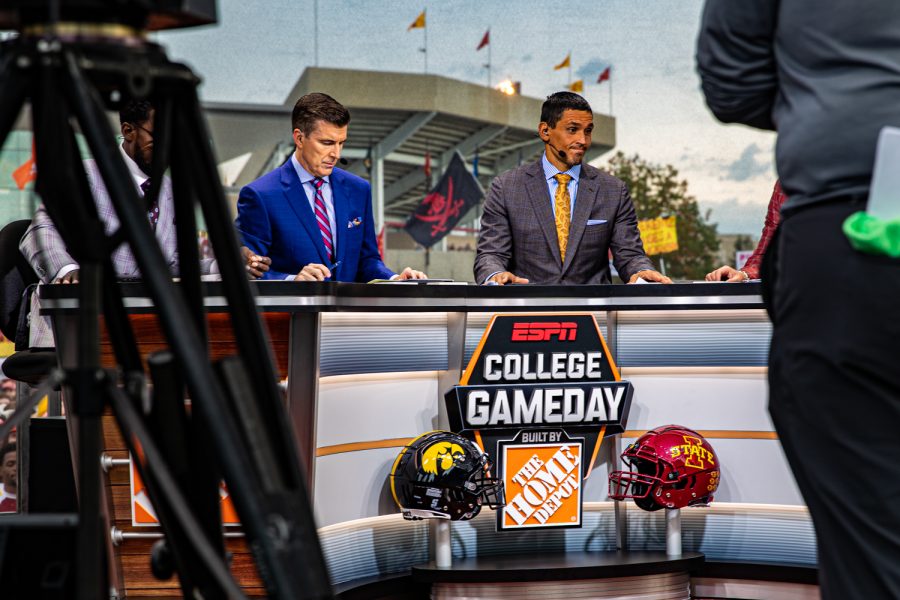 Rece Davis (left) and David Pollack host during ESPN College GameDay before the annual Cy-Hawk football game between Iowa and Iowa State in Ames on Saturday, Sept. 14, 2019. This was GameDay's first visit to Ames.

ESPN’s College GameDay is covering the Cy-Hawk football game for the second time in three years.

The program announced Saturday night that it is traveling to Ames for the Sept. 11 contest between the in-state rivals. No. 18 Iowa defeated No. 17 Indiana 34-6 in Week 1, while No. 7 Iowa State survived Northern Iowa’s upset bid with a 16-10 victory.

The Hawkeyes have defeated the Cyclones in five straight meetings. The two teams did not play last season because of the Big Ten’s mandated conference-only schedule, which was enforced because of COVID-19 protocols. Gameday’s main stage will be located between the Sukup End Zone Club and Reiman Gardens on the Iowa State campus. The show will start at 8 a.m. The Cy-Hawk game is scheduled to kick off at 3:30 p.m. on ABC.