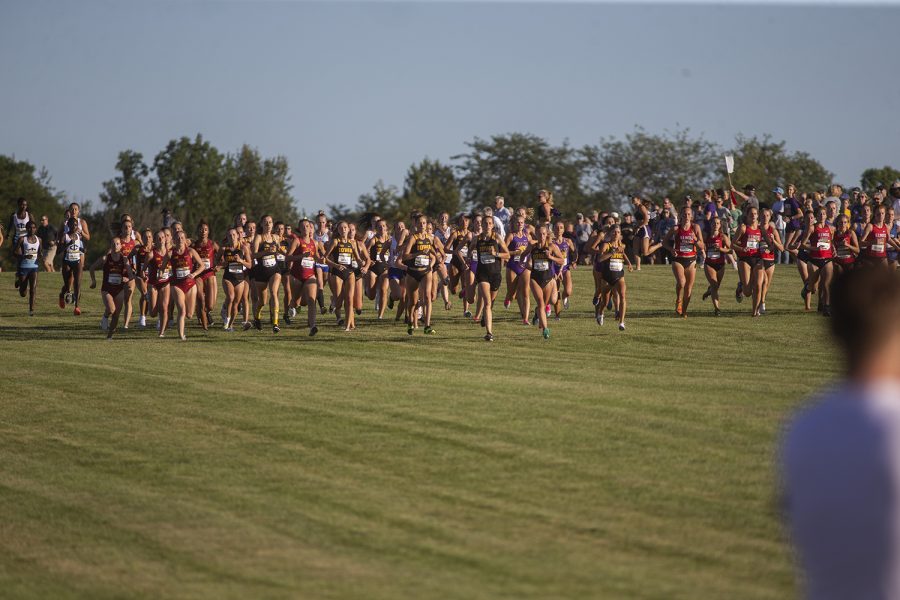 After nearly a full season off in 2020, the Iowa cross country team will return to the course this fall for five regular season meets.

The Hawkeyes couldn’t compete last fall because the Big Ten Conference mandated that its member institutions postpone all their fall sports to the spring to combat the spread of COVID-19.

Once the cross country season was pushed to the spring, Iowa competed in just one event: The Big Ten Championships in Shelbyville, Indiana.

While the Hawkeyes competed in the spring, they were subjected to the Big Ten’s COVID-19 policies and procedures, which included weekly testing, contact tracing, and quarantines.

“We had a lot of quarantines because of the contact tracing, so there was a tremendous amount of inconsistency,” Hawkeye cross country head coach Randy Hasenbank said. “All we talk about is consistency and all we lacked last year was consistency.”

Hasenbank will be working with an inexperienced team this fall as both the freshmen and sophomores in his program will have little experience running at the collegiate level.

“We had no full cross country season at all with the Big Ten [last year],” Hasenbank said. “We’ve got our high school runners, who have had a pretty normal schedule, and our returnees that have had anything but a normal schedule.”

So far, the Iowa cross country team has had a fairly normal season this fall — even if it has yet run a single competitive race. The Hawkeyes have had time to get into running shape and hold a team-wide training camp to help them prepare for competition.

“With the start of practices, we have had pretty good workouts as a team,” sophomore Max Murphy said. “I think we are in a good position to have a good first meet and progress from there.”

Murphy said he and his teammates met informally over the summer to build team chemistry before fall camp too.

“There are a couple times in the summer where we would have like a team weekend,” Murphy said. “Just captains lead. We would just hang out with each other and we would meet the freshmen.”

The Hawkeye men’s and women’s cross country teams have set big goals for the 2021 season on both group and individual levels.

“We definitely have some big team goals,” junior Gabby Skopec said. “This year, we are looking to perform well at the regional meet and Big Ten meet and kind of improve on our 2019 finishes.”

Like the women’s team, the Hawkeye men’s cross country team is also looking to make a splash at the 2021 Big Ten Championships in University Park, Pennsylvania.

“As a team, we have talked a lot about trying to get top five in the Big Ten, which would be a big improvement from last time,” Murphy said. “We have a really young team so we think we can progress a lot from this year and in the next two years.”

“With the season starting on Friday, we are not running the full race distances [at practice],” Hasenbank said. “So, it is kind of a rust-buster tune-up. It takes a little time to get those race legs back, especially with these distances.”