In the class 4A preseason poll, Iowa City High School boys cross country is ranked No. 3, while Liberty High School comes in at No. 4. 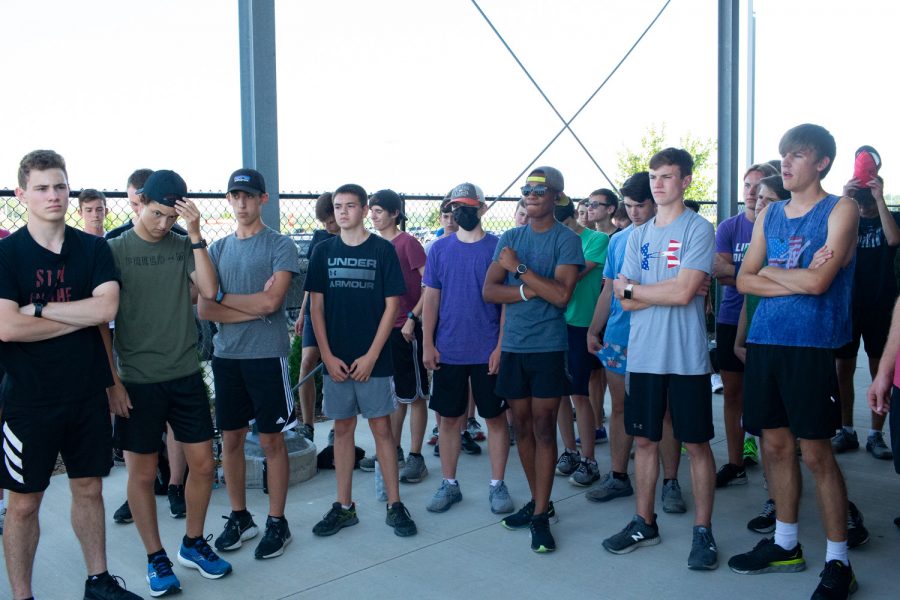 City High started its 2020 campaign unranked in the preseason poll. The Little Hawks wrapped up last season with an eighth-place finish at the Iowa state cross country meet.

City High head coach Jayme Skay, who is entering his 24th year as head coach this season, said the Little Hawks felt very lucky they got through last season without any COVID-19 issues.

“We did not have a single scare,” Skay said. “And we owe that to the kids and the athletes and how serious they were about training and staying healthy.”

Skay said it is quite an honor and a great sign of respect that City High boys’ cross country is ranked at No. 3 in class 4A this year.

“Rankings are nice, but we always say the only one that matters is state, and that day and how the race goes that day,” he said.

Skay said they have the same mindset going into 2021 as they did last season.

“We know we are good, we know we have talented runners, we know we have very dedicated athletes,” he said. “And I think the key to this year is that they learned and developed grit, and grit is something you cannot really describe until you see it.”

City High junior runner Ford Washburn said he is excited for this season after his past success — he placed sixth at the 2020 state meet with a time of 16 minutes and 11.2 seconds.

Wasburn is going into the 4A class 2021 season ranked at No. 3 individually.

“I think I have a really good shot at top three probably, maybe winning, so it is pretty exciting, and I am excited to see what I can do,” Washburn said.

Washburn believes his team has a shot at placing in the top three at state this year. He also said City High could outperform a Liberty team that placed sixth at the 4A state meet.

“That group of seniors we had last year [was] a special group,” he said. “They were the first four-year class through Liberty, so they really helped build the program into what it is today.”

Hildebrand was also surprised to see the 2021 fourth-place preseason ranking as Liberty lost three of their top performers.

“It also gives us some confidence that the state has confidence in our program as well,” he said.

“For [Liberty High head coach Josh Hildebrand] to start it fresh and build it up the way he did, nothing but respect for them,” Skay said. “It is a good, friendly rivalry.”

Knowing the athletes from City High for many years, Hildebrand said it is not as much a battle as it is comradery.

“We will just take it each meet at a time and see how it goes,” he said.

Liberty and City High’s first combined meet was canceled because of weather, but the schools will face off Sept. 24 at the Roy Griak Invitational at the University of Minnesota.