Kanye West’s ‘Donda’ is out — for real this time

After many delays, the rapper released the 27-song album on Aug 29. 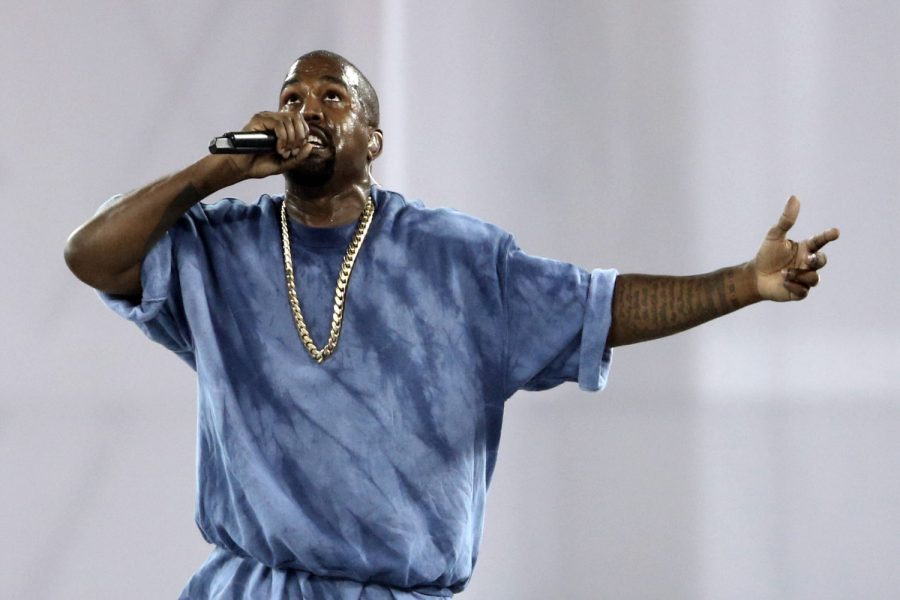 “Why the f— did he drop Donda at 7am,” wrote Twitter user CrypticNoHoes.

This is a valid question — as are many questions when it comes to West. It’s no secret the rapper has sparked myriad controversies over the past several years, with fans and critics alike outraged by his pro-Trump statements, Twitter rampages, failed campaign for president, and most recently, his hosting of singer Marilyn Manson and rapper DaBaby on the stage of his Donda premiere concert following sexual assault allegations against Manson and homophobic remarks made by DaBaby at the Rolling Loud Miami music festival.

Thus, the self-proclaimed genius remains one of the most polarizing and puzzling artists in the nation — both in his political and musical endeavors.

And in alignment with West’s extreme predilection for free thinking and noted aversion to all things mainstream, Donda completely reimagines the modern structure of a rap album. Firstly, by sheer length. The 27-song collection rings in at a whopping hour and 48 minutes long.

It also hosts an unprecedented number of collaborators. Along with the entirety of West’s Sunday Service gospel choir, he includes several emerging artists in the lineup, as well as several established artists like rappers Kid Cudi, Playboi Carti, Lil Yachty, and Travis Scott — making the total number of featured artists over 30.

The 27-song album, Donda, is named after West’s late mother, a woman who makes several personal appearances throughout the hour and 48-minute compilation. But references to her start instantly with the first track, aptly titled, “Donda Chant.”

With no musical accompaniment, the 52-second track is a successive iteration of Donda’s name, spoken by singer Syleena Johnson. The name is arranged by West at irregular pacing in varying, disagreeing pitches, making it sound occult and even manic — perhaps the artistic statement he was going for.

When a video of the track opening West’s Donda release tour went viral on Tik Tok, comments were crowded with confused and disturbed listeners.

“I am not claiming this negative energy,” said multiple Tik Tok users.

Unsurprisingly, mentions of God, Jesus, and the Devil suffuse the album. Whether aggressively, like on “God Breathed on This,” or in the conciliatory, pleading way that marks “Pure Souls,” “Keep My Spirit Alive, ” and “New Again.” The rapper pleads constantly with God for repentance and purification.

A small but evident portion of the album maintains this image that West has released the fastidious control he once held over his life and is now ready to surrender it to God — and this resignation is somewhat refreshing.

“Come to Life,” the 22nd song on the album, is one that speaks of his relationship with now ex-wife Kim Kardashian. It’s an inward look into West’s insecurities, recalling his mixed emotions about Kardashian’s presence and admitting to his fear of dying alone. The supporting piano accompaniment, in combination with lyrics that reveal West truly loves someone other than God and himself, makes the song one of the most beautiful and touching on the album.

West uses the song, “Jesus Lord,” to outline the cracks in America’s criminal judicial system. The song features Lee Harvey Jr., son of Larry Hoover Sr., a man who is currently serving six life sentences in ADX Florence Prison. Hoover Jr. takes the last verse of the song to reveal the impact of Hoover’s incarceration on his family.

“All my life, man

I’ve been waitin’ for my father to come home.

They told me when I graduate eighth grade, he would be home.

Then they told me when I graduate from high school, he would be home.

I went away to Morris Brown, I graduated, and he still ain’t home.

Now I’m a adult, and my daughter went away to college and graduated.

He still not home.”

RELATED: Lorde emerges from the dark to the sun in new album, ‘Solar Power,’ but should she retreat?

Those are a few of the good songs. Most are forgettable, most lack connective tissue between one another, but admittedly, the album is too long to cultivate a comprehensive opinion on what is really happening. Overall, it reads more like a disorganized screenplay than a record I’d regularly listen to. That being said, his signature sound was there, and he left fans with more baggage to unpack than they’ve had in a while.

And, in the good moments, it comes off as simply sweet.

Much like West himself, the album is packed with stylistic changes and unforeseen twists. Whether you’re behind the always-fluctuating Kanye West or against him, the album is here and available for listening.