Gov. Kim Reynolds’ decision to be open to taking in Afghan refugees is something everyone can get behind. 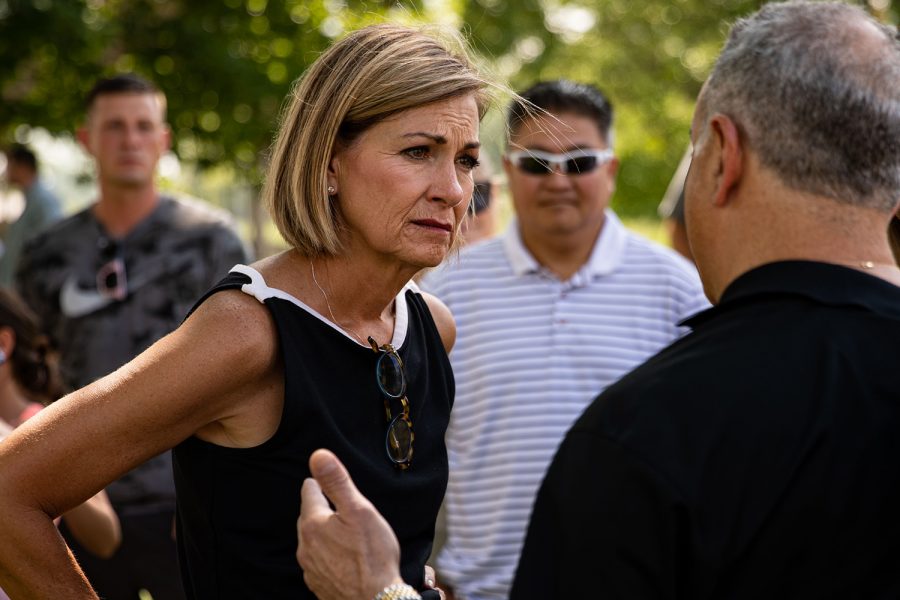 Iowa has a desperate need for more people, and the U.S. needs a place to put Afghan refugees. So why aren’t we all accepting them with open arms?

Earlier this month, Gov. Kim Reynolds announced that she was working with the U.S State Department to make Iowa prepared to accept Afghan refugees. There remain many Republicans who are opposed to the idea of resettling Afghan refugees in the U.S. Recently, Tucker Carlson hosted a 17 minute segment where he decried the dangers that accepting Afghan refugees would pose.

But more importantly, former president Donald Trump is actively against resettling Afghan refugees whether or not they helped support our military in their country.

For anyone who would listen to these two, consider this as a case to why Iowa should be a home for refugees who seek a life free from the tyrannical regime of the Taliban.

To answer the commonly asked question, “Why can’t other countries take these refugees?” I say this.

We have barely taken any Afghan refugees. Out of 2.6 million Afghan refugees before the government collapsed, the U.S has only resettled 20,841  —  which is 0.8 percent.

Also, considering that we have been over there for over 20 years causing mayhem in their country and failing to properly nation-build, we owe a debt to the Afghan people.

To assuage any fears whatsoever relating to violence, refugees are not related in any way, shape, or form to an increase of violent crime. In fact, immigrants and refugees have a lower propensity for violence than native born individuals.

But Afghans are even less likely to commit crimes than the average immigrant or refugee. They are almost 12 times less likely than native born individuals to be incarcerated.

That means if you come across an Afghan refugee and someone born and raised in Iowa, you’re more likely to be beaten up by the latter than the former.

According to a study done in 2014, the cost of resettling a refugee to the government is about $15,000. However, this cost actually serves as an investment as later down the line. After about 20 years of living in the U.S., they will have paid $21,000 more in taxes than all government benefits they’ll have received.

But that was in normal times.

Now we are in a recovering economy from a pandemic, and Iowa specifically has a need for more people. As a *Des Moines Register* editorial points out, Iowa’s working age population is shrinking. We are not attracting nearly enough people to the state to fill jobs, and we have a labor shortage.

We do not have enough people to grow or even maintain what we have right now.

We have the capacity, the need, and the moral obligation to take as many Afghan refugees as possible. We can perform background checks and vet as we like, but it’s ultimately a duty that we as Americans have to help clean up the mess we made for the Afghan people.